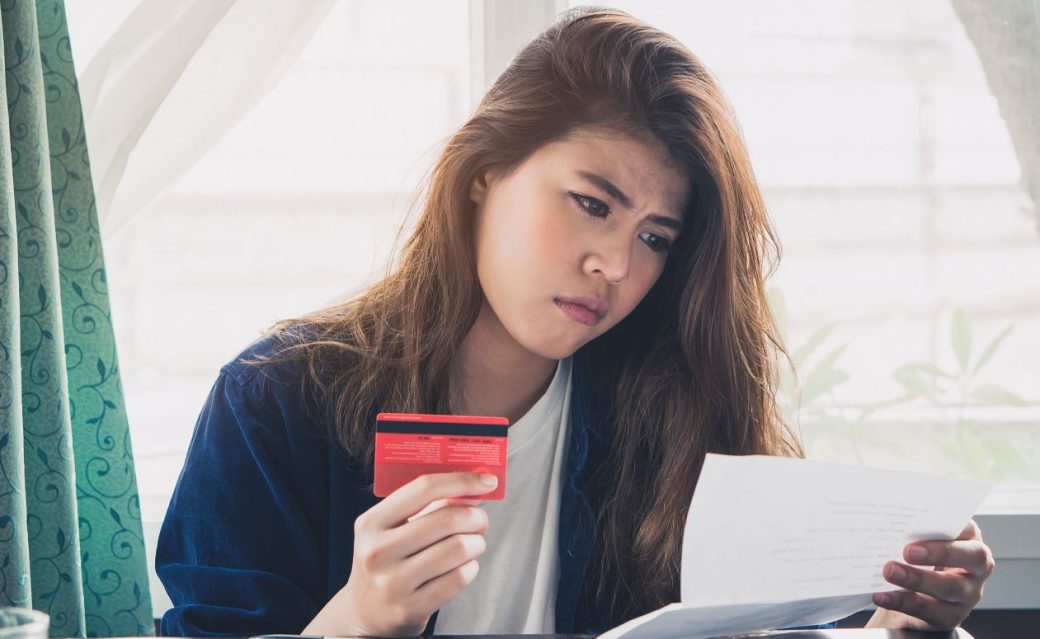 For many people, obliterating credit card debt with bankruptcy is a smart move. For others, like myself, bankruptcy is something to avoid at all costs.

Before turning to credit counseling, bankruptcy hovered on the horizon as a solution to a problem that I could no longer outrun. Only a few years out of college, I found myself in over $12,000 in credit card debt.

Twelve-thousand-dollars might not seem like a lot to some, but I found myself burdened by that amount less than a year into my first full-time job. I had little savings, no assets, and had only just started saving for my retirement. By the time that I finally faced my debt that $12,000 was almost half my annual income.

A well-meaning co-worker suggested bankruptcy. While the concept of a fresh start was indeed intriguing, I feared the long-lasting repercussions. Plus, I would’ve felt like a failure; only a few years into adulthood, I didn’t want to flirt with already giving up. There had to be something I could do to pay off my debt and avoid bankruptcy.

It would take some false starts and a lot of spinning my wheels before I found a solution that worked.

How to Avoid Bankruptcy (Cut Credit Card Usage Before Chapter 7)

Truthfully, I felt the debt growing like a mold. Even though I always paid more than the minimum payment, the balances never seemed to go down. Even the quick glances at the balance were enough to sear it into my mind, where it would pop up while I was trying to sleep, or at any moment where I might’ve otherwise felt at peace. I decided one day that I’d had enough.

One Friday evening after work, I splurged on a not-the-lowest-priced-on-the-shelf bottle of wine and laid out all my credit card statements on the kitchen counter. I saw how much in interest I was paying, anywhere from 14-27 percent APR, and how little my monthly payments were helping pay down my balances.

It was a terrible, sinking feeling that lasted well into the weekend. But, for every wave of hopelessness, there was also a glimmer of truth: I had to move through these feelings if I was ever going to get out of this hole. By the time the next workweek started, I had accepted that my debt was not just going to evaporate like morning dew. If I was going to be free of my debt, I would have to change my plan of making only the minimum payments.

I started by trying to do a debt snowball on my own, paying as much as I could on the card with the highest balance, while paying only the minimum payment on the others. However, my income did not provide enough extra funds to make much of a difference. Soon, I found myself turning back credit cards to cover necessary things like utility bills and groceries.

I trimmed unnecessary costs, listing all my expenses and figuring out if they were “wants” or “needs.” I took public transportation as much as possible, stopped eating out, and learned some simple, economical recipes.

It helped, but I was still going under.

I tried to earn more money on the side, but I had nothing to sell, and my work hours made getting a part-time job improbable. I attempted to freelance online, but part of my eliminated “wants” was cable, which included internet access. To add to my debt burden,  my student loan would soon be coming out of deferment.

The noose was growing tighter, and fast. Eventually, I realized I had to move. This was especially painful. I loved my apartment a lot and enjoyed living on my own even more.

Moving in with a roommate freed up an extra $300 per month. At first, I thought I was on my way to repaying my debt on my own, but other costs went up. Soon, I found myself right where I began.

Even worse, for the first time, I started missing payments. Harassing phone calls from creditors began rolling in. I felt trapped. Until, one day, a caller from Discover Card turned out to be an empathetic-ally. He told me he’d been in a similar situation, and told me about credit counseling, which led me to DebtWave Credit Counseling.

My counselor patiently explained how DebtWave could help me, and how a debt management program was different than debt settlement. I started the program; soon, I looked forward to my monthly statements that detailed the progress I was making.

The experience gave me the confidence to earn more on the side; paying off my debt became my hobby. The day I finished the program is high up there on my list of proudest moments.

How my behavior has changed

Before I confronted my debt, even the idea of talking about personal finance, let alone seeking help for it, was hard for me. In retrospect, I carried around a lot of negative feelings about money.

Also, like most people, once we get used to living a certain way, it’s difficult to change. I may not have been buying cool stuff to get myself into debt, but I was living in a pattern. It was difficult for me to break the habit of telling myself that I could genuinely tackle my debt on my own.

It was when I changed that behavior by finally reaching out for help that real progress began.

There is no one-size-fits-all option for dealing with credit cards on your own to avoid bankruptcy. While everyone’s situation is different, I believe that getting out of consumer debt can be boiled down to three actions:

For me, each step encouraged me to take the next one. I recognized that I could eliminate my debt, and once I resolved to get help, things fell into place.  In a lot of ways, I felt like I happened upon credit counseling at the right time.

I had a lot of help in paying off my credit card debt and avoiding bankruptcy, but I did the work on my own.