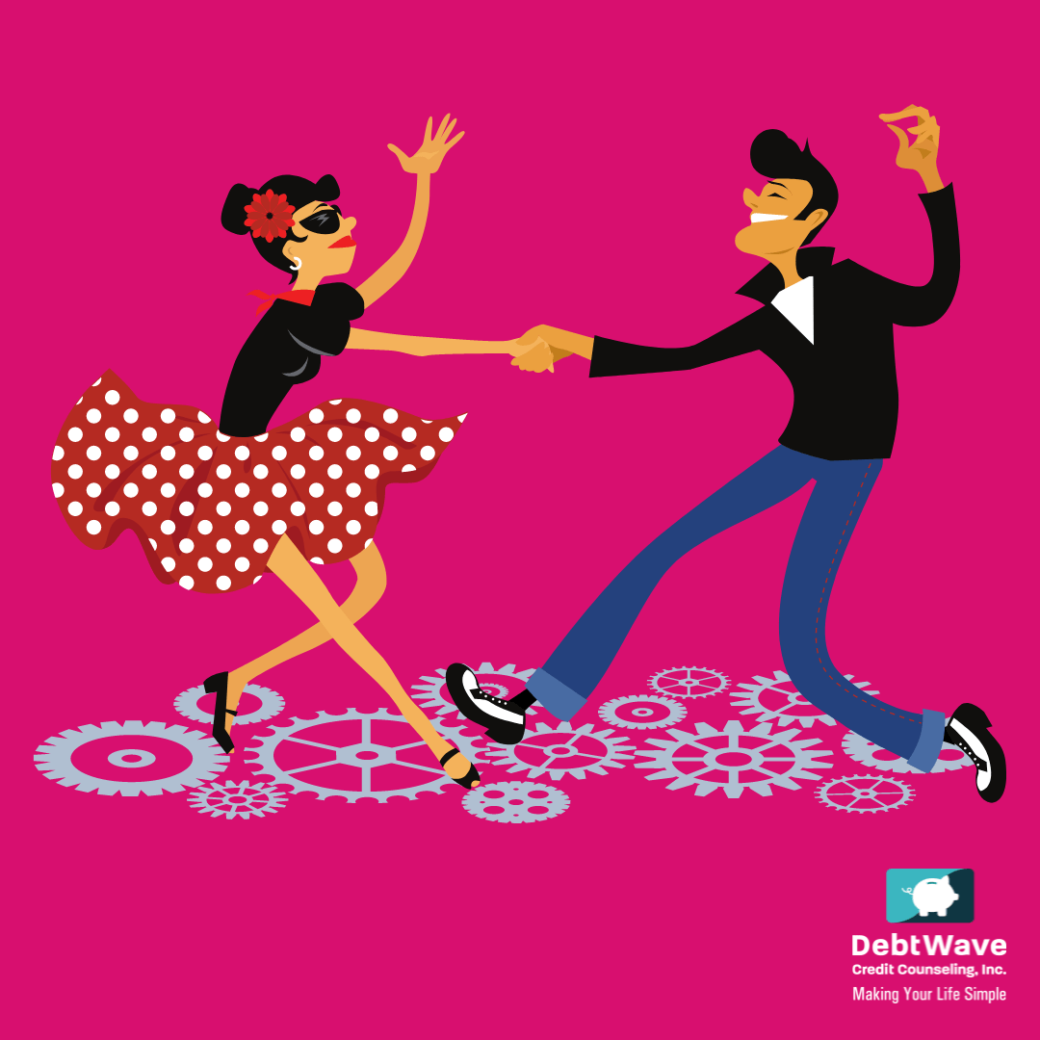 American teenager Danny Zuko meets and falls in love with Australian teenager Sandy Olsson at the beach. Together the two have a magical summer romance. But as the summer comes to an end, so does their romance. Sandy is returning to Australia, heartbroken that the two lovers will likely never see each other again. But Danny tries to reassure her this is “only the beginning” of their love story.

As luck would have it, Sandy’s family has a change of plans and decides to stay in the United States, and we pick up with Sandy on her first day of school at Rydell High School. Only thing is, Sandy doesn’t know that this is the same school where Danny goes to school too – at least not yet.

Although Danny and Sandy are oblivious to each other’s presence at school, they can’t help but tell their respective friend groups, The T-Birds and the Pink Ladies, all about the pair’s brief but unforgettable summer romance. But when the Pink Ladies connect the dots that the romantic heartthrob Sandy was hanging out with all summer was bad boy Danny Zuko, leader of the T-Birds, the Pink Ladies devise a not-so-kind plan to arrange for the two to reunite, knowing full well that the version of Danny that Sandy fell in love with that summer is likely not to show up in front of their friends. And they were right.

Under pressure to maintain his bad-boy attitude in front of his T-Bird pals, Danny blows off Sandy, insinuating he would never be a one-woman man, leaving Sandy feeling conned and devastated that the love of her life may not be the love of her life.

The film continues to follow Sandy and Danny’s will-they, won’t-they romance, and the audience is left on the edge of their seats, wondering if Danny and Sandy will end up together or if their differences will be too difficult to make their relationship successfully work after all.

After the recent passing of Olivia Newton-John, I wanted to rewatch one of my favorite feel-good movies. And as I did, I couldn’t help but notice all of the personal finance lessons embedded in the film.

Even the film itself is an example of a smart money move. Did you know that the 1978 film was based on the 1971 Broadway musical of the same name?

A few additional songs were added for the movie version, John Travolta sang “Greased Lightning” instead of Kenickie, and one of the coolest movie intros was created. Still, the point I’m trying to make here is that the screenwriters were not creating a script from scratch. They knew they had a story that intrigued audiences. And that’s a huge lesson when it comes to personal finance and money.

What other money lessons did I notice the last time I was transported in time back to Rydell High?

One of the most memorable scenes in “Grease” is the opening cartoon credit scene when the memorable and catchy song “Grease” plays, performed by Franki Valli. The lyrics start with “I solve my problems, and I see the light / We gotta plug and think, we gotta feed it right.”

As I was singing along during my rewatch, it dawned on me that these lyrics could be about debt. Because if you have ever experienced credit card debt, student loan debt, payday loans, car loans, or even a mortgage, you know that that debt hangs over your head. Sometimes the debt becomes so huge that we can’t see a way forward. That’s why nonprofit credit counseling organizations like DebtWave can be a lifesaver; lowering interest rates on a credit card can help someone see the light on a debt payoff journey.

I know on my debt payoff journey, seeing the light at the end of the tunnel was the motivation I needed to keep going. And once I could see the light at the end of the tunnel, my money mindset started to shift. In other words, how I view, talk, speak, or think about money has changed because I realize that if I’m always speaking negatively about money i.e. rich people are evil, money is hard to come by, then that will be my experience.

Given that ‘Grease’ is a musical, another musical number that got my attention during my rewatch was the song “Summer Lovin’.”

But instead of romance, I was thinking about how this song could be about spending money and how enjoyable it can be to spend, spend, spend, and before you realize it, you’ve taken on more debt than you know how to pay off.

Follow me for a second. What if ‘Summer Lovin’ was a song all about money? How your love of spending, of swiping your credit card intensifies during the summer – kind of like a hot summer romance. We may know that we’re spending our money fast, but we’re easily deterred from following our budget because we know summer doesn’t last, and those trips to the beach or the cabin? Priceless. Until you get the bill, that is.

Until I started using a budget regularly, I thought that most of my spending occurred during the winter months. But since I started tracking my spending and saving four years ago? I’ve realized that “Summer Lovin’” is the anthem that best describes the relationship between myself and my credit card during the summer months.

It’s almost as if I feel motivated to spend money to create memories during the summer months because I know that the winter tends to move more slowly and with less fanfare. Summer seems to be the season where unexpected expenses pop up because there’s some kind of fun to be had. It’s usually not until around September that I realize just how “hot” my credit card usage has been. And at that point, my credit card and I usually take a break.

When I was a teenager, the popular hangout spots included coffee shops and the movie theater.

In ‘Grease’ the popular hangout spot is the local malt shop. But like modern-day coffee shops, sitting at the malt shop would cost you varying amounts of money. And not all teenagers have money to spend at the malt shops; in fact, one of the T-Birds, Putzie, mentions he can’t afford anything at the malt shop and ends up leaving with one of the Pink Ladies, Jan, who mentions they could go eat her mom’s freshly baked apple pie for free.

4. Get A High School Diploma (or GED)

After all her friends leave the malt shop, Pink Lady “Frenchy” asks one of the waitresses if she can stick around a little longer. As she’s asking, Frenchy takes off a bandana covering her hair, exposing a head full of light pink hair.

Remember, the year is 1958, so pink hair was not as fashionable as it is in 2022. Frenchy’s hair immediately catches the attention of the waitress, who can’t help but acknowledge Frenchy’s hair is pink!

The waitress leaves Frenchy in the restaurant and turns the lights off, leaving Frenchy in the dark. As Frenchy imagines all of the career possibilities available to her without a high school diploma, without graduating from beauty school, she finds that there’s really not a clear path forward for her career-wise. Suddenly, there’s a flash of light, and Frenchy’s guardian angel – played by Frankie Avalon – appears and encourages Frenchy to return to high school.

“Your future’s so unclear now / What’s left of your career now? / Can’t even get a trade-in on your smile.” The song continues with lyrics: “If you go for your diploma, you could join the steno pool. Turn in your teasin’ comb and go back to high school.”

Although Frankie Avalon is supposed to be Frenchy’s guardian angel, he’s passing on some pretty sound financial advice to get your high school diploma or a GED because the difference in earnings between the two is quite considerable.

For comparison, that’s $10,000 less than high school graduates earn on average in a year and more than $36,000 less than those who have a bachelor’s degree as well.

Car repairs can be expensive. When you’re in high school without a job? Finding the funds to make car repairs can make you feel like your dream car is even further out of reach. But not having the funds available immediately – or even after a few years – doesn’t mean that your dream of driving ‘Greased Lightning’ is doomed. Nor does it mean you have to steal car parts as the T-Birds did to make your dream a reality.

Part of creating a successful budget includes short-term and long-term goals. And for Kenickie, his T-Bird friends supported his dream of turning a pile of junk into the greatest car ever to exist. It was because of the T-Birds working together that Kenickie was able to repair ‘Greased Lightning’ and prepare the car for a race against Leo, leader of the T-Birds’ rival gang, the Scorpions.

On the day of the race, minutes before the race is to begin, Kenickie is knocked out by his own car door thanks to the careless behavior of his friend Putzie, likely leaving him with a concussion. Now that Kenickie cannot drive, Danny takes up the challenge of racing Leo.

The winner will become the owner of both cars, so there’s a lot on the line. It’s an intense race, too – Leo cheats and causes damage to Greased Lightning, but in the end, Danny pulls it off and wins it all.

6. Create a Side Hustle Using Your Talents

Frenchy always offers to give her friends a makeover, change their hair, and pierce their ears. Kenickie is always looking at ways to improve his car.

But it wasn’t until the dance competition scene in “Grease” that it dawned on me that a great way to make money from a side hustle is to find something that you’re talented at, something you enjoy, something that doesn’t feel like a second job or work.

During the dance scene, Sandy and Danny are rudely interrupted with the help of Danny’s friends, who encourages Danny to dance with the rival Scorpion gang leader Leo’s girlfriend, Cha-Cha, instead of Sandy.

When we first meet Cha-Cha earlier in the scene, she introduces herself as the “best dancer” at the all-girls school, St. Bernadette’s. Cha-Cha wants to dance with Danny, one of the better male dancers at the school dance, given that there is a prize, a trophy on the line; Cha-Cha will do anything to win. And in the end, Danny seems to go along with it.

Sandy leaves the dance early, upset that Danny dropped her mid-dance to dance with someone else. However, Danny stays and continues to dance with Cha-Cha. The two won the dance contest and were immediately treated to a solo dance to the arguably romantic crooner “Blue Moon.”

While not everyone will drop their current dance partner to ensure victory when prize money is on the line, some people are more money motivated than others. Make sure that if you do end up with a side hustle, that you create boundaries around when you’ll work, how much you’ll charge, and make sure you’re not hurting the one you love by prioritizing money over relationships.

When Sandy was singing “Hopelessly Devoted to You,” was she singing about Danny Zuko or funding her savings and retirement accounts to the max? Maybe a little bit of both?

Have you noticed any hidden personal finance lessons in “Grease”? Do you have suggestions for what I should watch next to find hidden money lessons? Share with us in the comments below!