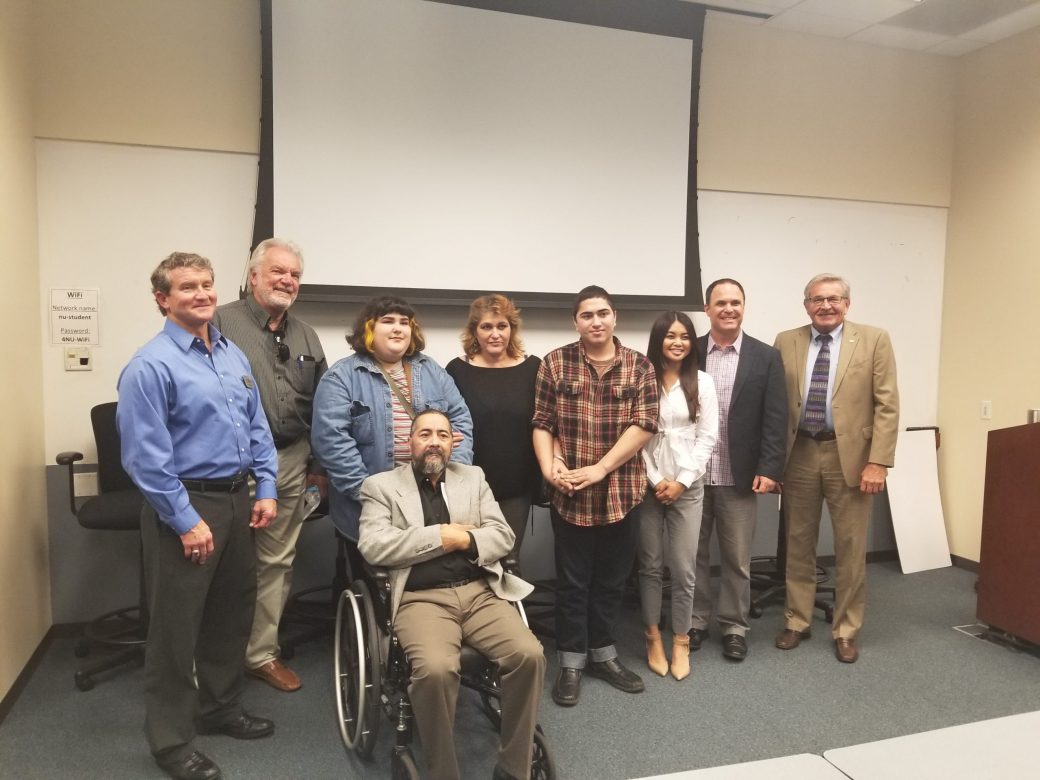 Each quarter, DebtWave’s outreach group, the San Diego Financial Literacy Center, hosts a financial assistance and education program geared toward active, transitioning, and veteran military members. At the conclusion of each quarterly event, the SDFLC awards a military member with $3,000. These are their stories.

In 1977, Mr. Maldonado joined the U.S. Marine Corps. While serving, Mr. Maldonado suffered a traumatic brain injury, which later led to a medical discharge in 1981.

Dealing with the lingering effects of the traumatic brain injury he sustained during active duty and transitioning to civilian life proved to be a difficult challenge for Mr. Maldonado. For years Mr. Maldonado struggled to maintain employment. But after a few years, things seemed to be improving.

Mr. Maldonado married, and he and his wife have two children, now aged 20 and 17. With a family to provide for, Mrs. Maldonado encouraged Mr. Maldonado to correct the amount he received in his disability check. The long, arduous process of correcting Mr. Maldonado’s compensation culminated in December 2010.

For the Maldonado family, things were looking up. The increase in Mr. Maldonado’s disability income combined with his wife’s income allowed the family to live a comfortable and sensible lifestyle, including making plans for the future. But as the saying goes, what goes up must come down.

The two medical emergencies cracked the solid financial foundation the family had worked hard to establish. Because Mr. Maldonado required a full-time caregiver; Mrs. Maldonado quit her job. Now instead of two incomes, the Maldonado’s were learning to live on one income.

Living paycheck-to-paycheck with occasional financial support from their daughter, the Maldonado’s were literally living on the financial edge. They could not afford for anything to go wrong, but when it rains it pours.

In August 2017, money was stolen from Mrs. Maldonado’s purse when she stopped to obtain a money order to pay the family’s rent. Luckily another agency was able to step in and assist. Three months later, a leak was discovered in the gas tank of the family’s car during a routine maintenance appointment. The emergency repair cost the family $800.

Nevertheless, through the support of family, friends, and referrals from Courage to Call – the Maldonado’s were able to financially stay afloat – barely.

In January 2018, the debit card the Maldonado family used to receive benefits from the Department of Veterans Affairs (VA) was flagged for fraudulent charges totaling $1,347. Imagine, living paycheck-to-paycheck, month-to-month or week-to-week and having to forego nearly 60 days without $1,300 in revenue?

This time, the Maldonado family needed support that was beyond the scope of just a phone call or their VA worker, which is where the SDFLC comes in. The family was referred to the SDFLC by their VA caseworker, Mercedes. With the help of the SDFLC, the Maldonado family established a balanced budget and spending plan that would allow the family to rebuild their emergency savings and increase their credit scores.

The Maldonado Family was presented with a $3,000 check on March 23, 2018. The money will help the family avoid homelessness by relocating to a new home near the ocean, which has therapeutic benefits for Mr. Maldonado. Combined with the education and on-going support of SDFLC and their partners, we are confident that they are getting a boost in the right direction.

If you or someone you know is an active, transitioning or veteran military member facing any type of financial hardship, please download and fill out our application to be considered for a future Boost For Our Heroes Award. Details and eligibility requirements are included in the application.