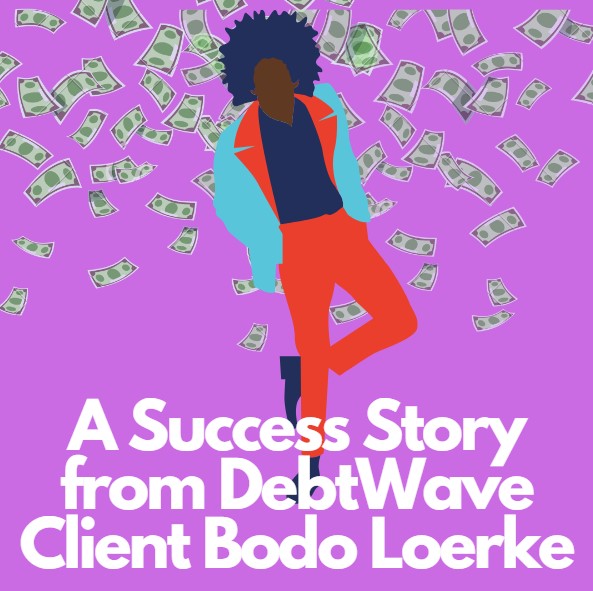 Three-and a half years ago, Bodo Loerke found himself in a dark tunnel, face to face with a large, venomous beast. Well, it wasn’t exactly an animal, nor was it poisonous, but it was huge and capable of doing tremendous damage to the human soul. That beast was his credit card debt, and the total damage was nearly $50,000.

As a 41-year-old, single man living in the heart of one of Southern California’s most prestigious playgrounds, downtown Los Angeles, life was fast-paced and exciting. Income wasn’t an issue for Bodo, but his expenses were because, in most months, they exceeded his income.

Living beyond his means, he turned to credit cards to cover the gap, including his business expenses, emergencies, and unexpected expenses. His five credit cards carried a minimum monthly payment that soared to nearly $1,500 and he soon realized that $1,000 of that payment was going toward interest. It became clear it was time for a change. That’s when he decided to get himself one of the greatest birthday gifts ever: financial credit counseling.

“I was tired of living from paycheck-to-paycheck,” Loerke said. “I paid the minimums on my credit cards and mortgage every month to keep them all in check, but I got nervous as I had no financial cushion left, and if something would happen to me, I would be in a really bad situation.”

He tried to lower his interest rates with his credit cards directly but he had no luck. The companies wouldn’t budge.

A few weeks before his 42 birthday, he reached out to a nonprofit credit counseling company in San Diego, DebtWave Credit Counseling, Inc.

Immediately after speaking with one of DebtWave’s certified credit counselors, he realized that he was an ideal candidate for their services. DebtWave helped Loerke create a spending plan, which included making some minor revisions to his monthly expenses. Most importantly, DebtWave was able to reduce Loerke’s average interest rate from 25.73 percent down to 6.26 percent. The $1,000 that was wasted to interest every month was diminished to $250, allowing for much more of his payments to be applied to the principal balance.

DebtWave set up a debt management plan that offered Loerke a comfortable monthly payment. For the first time in years, Loerke saw a light at the end of the tunnel. He would be credit card debt-free in 57 months, just under five years, compared to battling a lifetime of debt without the plan. His sacrifice was to close his accounts and stop charging on them, but that was easy for him. He had already made that commitment before contacting DebtWave.

Fast forward three-and-a-half years later, he finds himself in a great financial situation, nearly debt-free. He’s been paying more than the minimum payment for the last few months, attacking his credit card debt with great vengeance. Now he’s just one payment away from slaughtering that beast.

Loerke learned a lot from his experience with the debt management program.

“I am more humble,” he said. “I save my money as much as I can and have changed my lifestyle. I eat at home frequently instead of overspending on eating out. I still love my occasional drinks with friends, but my days of buying drinks for the group are a thing of the past.”

His financial goals after this last payment are to stay debt-free and to continue to increase his credit score, which is now in the high 700’s.

“I want to enjoy a good life without depending on credit cards,” he said. “Maybe buy a new home if the mortgage and my lifestyle allow it.”

Kudos to Bodo and his hard work paying off his credit card debt!