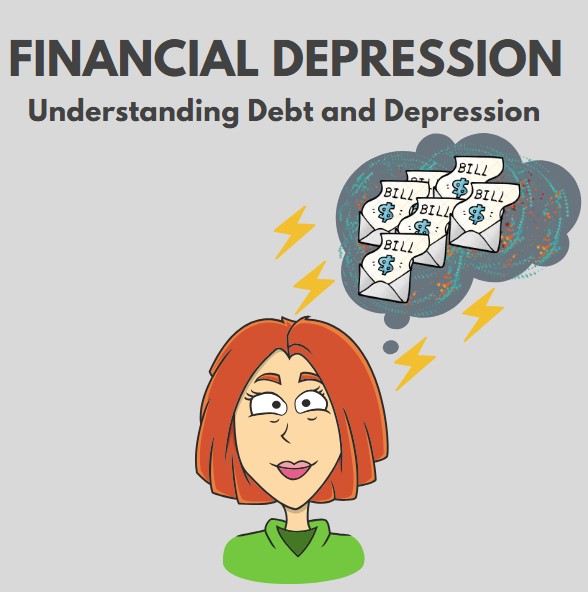 Credit cards can be very beneficial or the exact opposite, especially when you have credit card debt. Credit card debt might actually increase your chances of depression!

When you have credit card debt or any debt for that matter, it can put a lot of stress on you. Not only does it cause stress, but the University of Wisconsin, Madison has found that short-term household debt, such as credit card debt and overdue bills, can cause an increase in depression symptoms.

Basically, unsecured debt can have an adverse effect on someone’s psychological well-being, but of course, not everyone who carries high amounts on their credit cards will develop depression.

While these findings are all relevant, the date from the study didn’t take into account data collected after the recessions of 2001 and 2008. Now, housing has become more expensive and student loan debt has burdened the lives of many, so it’s possible that people perceive all types of debt differently and could cause a differential pattern of association with depressive symptoms.

It is hard to say which causes which, but the research has found a definite connection between debt and mental health. Even the University of Southampton and Kingston University in the United Kingdom have found that people are three times more likely to have a mental health problem than those not in debt.

The point is that we can avoid stress and mental health issues if we either don’t acquire debt in the first place, are smart with our credit cards, or learn to manage debt.