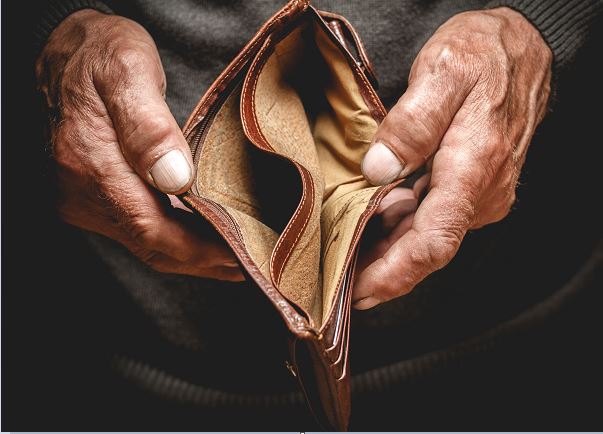 Not having enough money saved for retirement is increasingly becoming a problem in the U.S., and may be connected to a lack of financial literacy, according to a new report from the Center for Financial Services Innovation (CFSI).

While some point to income volatility, unmanageable debt loads, and a lack of short-term emergency savings to support day-to-day financial expenses as reasons why Americans struggle when it comes to long-term savings, others argue lack of financial literacy is to blame.

Specifically, the CFSI report, which was sponsored by the Prudential Foundation and academically reviewed by the Financial Security Program at The Aspen Institute, found that the ways people spend, save, borrow, and financially plan throughout their lives are “deeply interconnected,” and that “successful long-term savings can only take place if someone already exhibits a baseline level of financial health.”

“In order to spur innovation that can help [low and moderate income] pre-retirees and retirees improve their financial health, we need a more sophisticated understanding of how these groups are struggling to spend, save, and borrow on a daily basis,” the report concluded.

What Percentage of Americans Save for Retirement?

To measure a consumer’s financial health or understanding, CFSI asked consumers eight different questions, broken down into four separate categories, about their finances and financial behaviors:

In asking respondents about their financial health, CFSI found that due to competing demands on financial resources – daily expenses, retirement savings, nagging consumer or mortgage debt, or even co-signed student loan debt for grown children – many Americans are confused whether they should save for retirement or pay off their debt.

A Decline in Retirement Savings

For many Americans, their “daily financial lives are getting in the way of a long-term savings strategy, either by preventing them from saving or forcing early withdrawals from tax-advantaged plans,” the CFSI report notes.

If you include all households in the U.S., not just those with retirement savings, the median retirement account balance is $3,000 for working-age households, and close to $12,000 for near-retirement households.

Part of the reason retirement savings accounts have decreased is that it’s no longer safe to assume a retiree is debt-free.

Mortgages, car loans, and credit card debt are eating up more and more of Americans’ savings than before.

According to a study from the University of Michigan’s Retirement Research Center on health and retirement, 42 percent of Americans between the ages of 56 and 61 carry an average debt load of $17,623. Approximately $4,786 of that debt is credit card debt.

As a result, the ability to maintain one’s lifestyle on 70 percent of their income in retirement is becoming less realistic as pre-retirees and retirees are using their money to pay back debts instead of saving for the future.

“The findings confirm that the American Dream of retiring comfortably after a lifetime of work will be impossible for many,” according to a study from the National Institute on Retirement Security.

In addition to fewer Americans saving for retirement, CFSI found more and more retirees can no longer rely on employer-sponsored defined benefit plans – plans where employers are normally the only contributors and give employees a permanent right to any retirement benefit – to fund their retirement.

Instead, Social Security, defined contribution plans, like a 401(k), and Individual Retirement Accounts (IRAs) now make up the majority of a retiree’s income.

A reduction in retirement income sources, combined with lower personal savings rates and rising costs for goods and services, means that at least 50 percent of the American population does not have enough money to maintain their standard of living in retirement, according to CFSI’s report.

Persons with low to moderate incomes are experiencing this phenomenon more intensely than their higher-earning peers.

CFSI concluded that if those working in the financial industry worked to increase financial literacy, the financial realities for many Americans would change – not just for pre-retirees or retirees.

This push for an increase in financial literacy offerings may prove to be extremely beneficial for millions given that 40 percent of Americans across all income groups reported they could not come up with $400 in the case of an emergency or would have to sell something or borrow to cover the cost, according to a 2017 report from the Federal Reserve.

Struggle to Save Affecting Americans of All Ages

“Having sufficient emergency savings is a significant financial health challenge for both [low and moderate income] pre-retirees and retirees,” CFSI says, noting there are 6.4 million seniors in the U.S. living below the poverty line.

Additionally, due to increased reliance on programs like Social Security to fund Americans’ retirement, the U.S. has accumulated a national retirement savings deficit estimated between $6.8 trillion to $14 trillion.

In recent years, a handful of states, including Oregon, California, Illinois, Connecticut, and Maryland, launched state-sponsored auto-enrollment IRA programs or plan to do so in the next year.
OregonSaves, the first state-led retirement savings program to launch in the U.S., comes as awareness for the looming retirement crisis increases. In Oregon, 45 percent of workers have access to a retirement plan at work.

Since the implementation of OregonSaves is fairly recent, the total impact of the program is not yet known. But state officials reported more businesses are offering retirement programs following an increase in financial literacy programs.

If you’re worried about the savings, or lack thereof, that you’ve set aside for your retirement, there are some steps you can take to improve your financial situation: