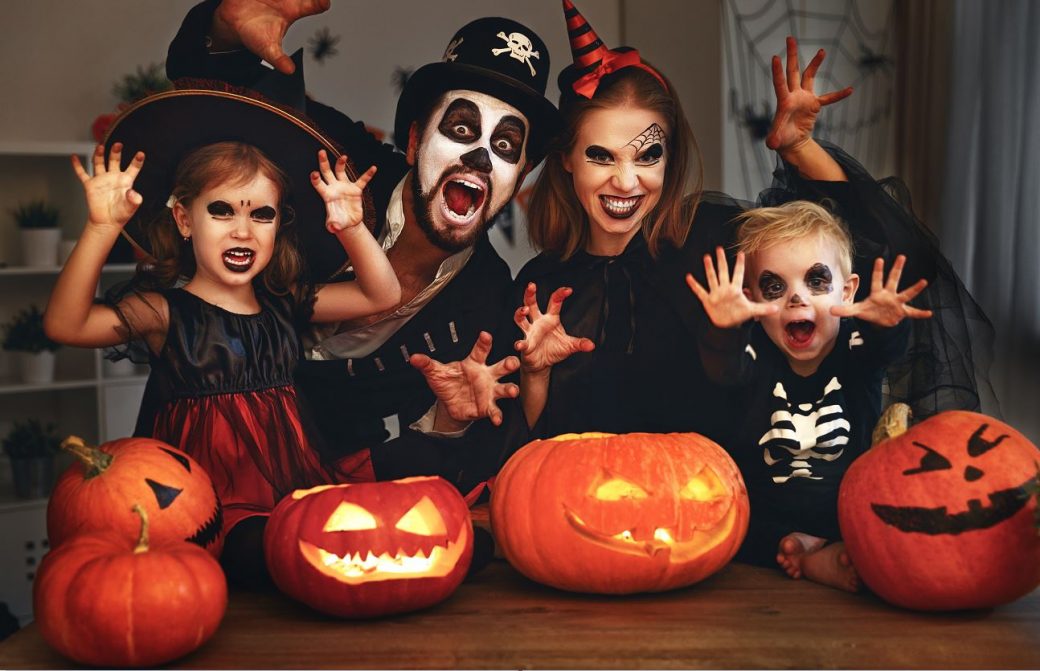 Halloween is quickly approaching, and more than 69 percent of Americans plan to participate in Halloween-related activities in 2022, spending an all-time high of $10.6 billion on Halloween-related items, up from last year’s record of $10.1 billion, according to the National Retail Federation.

Among those celebrating Halloween, many said they plan to participate in largely at-home activities such as handing out candy (67 percent), decorating their home or yard (51 percent), dressing in costumes (47 percent), carving a pumpkin (44 percent) and hosting or attending a party (28 percent).

The leading source of Halloween costume inspiration remains from online searches (36 percent), while one-quarter say they will look within retail stores, and 19 percent will get ideas from friends and family.

“Social media is playing an increasingly important role in consumer behavior, and Halloween is no different,” Prosper Insights Executive Vice President of Strategy Phil Rist said. “Younger consumers, particularly those under the age of 25, will look to platforms like Instagram and TikTok for costume inspiration this year.”

So far, the top Halloween costumes for 2022 include:

“Halloween is an exciting time for many families, and that enthusiasm is reflected in the number of Americans who plan to celebrate the holiday this year,” NRF President and CEO Matthew Shay said.

Households with children are estimated to spend more than twice the amount compared to households without children on Halloween items. And one in five pet owners plans to dress up their pet in a Halloween costume.

Not only are American consumers expected to spend more on Halloween this year, but the NRF found that 47 percent of consumers actually started shopping for Halloween in August and September. Forty percent plan to purchase their items at discount stores, 36 percent will go to specialty Halloween or costume stores, and 31 percent will shop online.

For more information on how to save money when it comes to decorating your house, costumes, candy, and more, check out our tips below on Halloween savings!

Halloween Savings (Save Big with a Halloween Budget)

Something very spooky is about to happen to your wallet. October 31, Halloween, is the kick-off of the holiday shopping season. Did you know that Halloween is the second-largest consumer holiday in the U.S?

If you’re not careful, your hard-earned dollars or carefully crafted budget may be cast under a witch’s spell, perhaps the Sanderson sisters, and you could find yourself deeper in debt. And your bank account? It may look like a cobweb-infested haunted house.

Part of the reason why it’s feels like such a challenge for so many of us to stick to our budget when it comes to seasonal holidays or events like Halloween is that we feel left out. It’s not fun to turn down a trip to the Haunted House, it’s going to be frustrating if we can’t watch Hocus Pocus 2 because our Disney+ subscription was part of our “budget cuts.”

But what if you could still have fun, celebrate Halloween with décor, candy, and costumes, but not fall further into debt? Would you take advantage of those savings opportunities, no matter how spooky?

Pop-up shops and Halloween-themed stores are fun and convenient, but they also tend to be really pricey. Instead of purchasing décor, costumes, wigs, shoes, jewelry, or other accessories at these pricey pop-up stores, check out offerings at discounted retailers like T.J. Maxx, Nordstrom Rack, or even a local party supply shop. Not only do these stores offer huge savings, but shoppers can also find one-of-a-kind items.

Thrift stores, like Goodwill, The Salvation Army, or your local vintage shops, also have reduced merchandise that can be perfect for Halloween! Sometimes shoppers can even score near-new costumes at second-hand stores, which many people don’t realize.

“People don’t usually re-wear costumes,” said Andrea Woroch, a money-saving expert. “Since they were only worn one time, they’re usually in good condition.”

For example, did you recently order something from Amazon? Turn your cardboard shipping boxes into tombstone markers by cutting them out in the shape of a gravestone and painting them gray or black.

You can also shape chicken wire into ghostly figures and spray paint it with glow-in-the-dark paint to make it appear as if ghosts have inhabited your yard.

Another simple suggestion is to put candles or tea lights in hollowed-out jack-o-lanterns (carved pumpkins) to create a spooky ambiance lighting effect. Or maybe you’d rather paint the outside of your pumpkin instead of carving it? The perfect shade may be that leftover can of paint from your bathroom remodel project.

Tip: Invest in quality décor items if you have a place to store your decorations and would want to continue to use them year after year.

Of course, you can reuse decorative items from previous years, such as a spooky wreath for your door or reusable pumpkins. But if you’re looking for something “new” to you, consider looking at what is available in terms of Halloween decor in a no-spend community near you.

Another option is to organize a costume swap with a group of your closest friends and family members.

Generally, costume swap parties require each attendee to bring one or two costumes, and then after some browsing and negotiating, everyone leaves with a new item to wear – without paying a dime! It helps if each participant wears a similar size and has similar fashion taste, but you can adjust the rules as you see appropriate.

Halloween is the sweetest holiday of them all – literally. More than 90 million pounds of chocolate are sold annually during the week of Halloween alone. Retailers and candy confectioners are happy to sweeten the deal by sending coupons in the weekly newspaper ads or in-store grocery fliers.

Make sure to check the price of the candy per ounce before you buy it. The smaller bag may be a better deal. If the bigger bag is a better deal, don’t worry about having candy left over. Save it for later!

About that chocolate candy though…

Chocolate candy tends to be more expensive than sugar-based candies. So if you’re looking to buy a treat for the trick-or-treaters on your block, you’ll likely get more bang for your buck by buying non-chocolate candies like Starburst, Skittles, Nerds, Licorice, etc.

If you want to offer chocolate to trick-or-treaters but can’t afford too much of the good stuff, consider buying a limited amount to distribute to neighborhood kids and/or those with the best costumes.

Tip: Most Halloween candy will be deeply discounted starting Halloween morning. Try to wait to purchase candy until the morning of if you are concerned not just about the health of your bank account but your waistline.

After Halloween, all of the décor, costumes, and candy goes on sale. Dramatically.

Sales usually start around 50 percent off of the regular price, and the discounts increasingly steepen as retailers’ desire to purge the Halloween inventory increases.

If you had your eye on spider silverware or a ceramic witch’s cauldron, after Halloween is the time to stock up! Don’t forget to check out thrift stores, dollar stores, and yard sales for deep discounts on Halloween décor as retailers make space for Thanksgiving, Christmas, Hannukah, and New Years-related items!

Believe it or not, Halloween is one of the most popular times of the year for the greeting card industry.

If you’d like to send a little “boo” surprise to a loved one, consider making your own Halloween cards this year! Dollar stores tend to have low-cost arts and craft supplies.

If you don’t want to make your own cards, check out the 99-cent selection at the dollar store or Target!

What is the most you spent on a Halloween costume, and how many times did you wear it? How much money do you spend on Halloween-related parties and activities like a Haunted House? Share with us in the comments below!