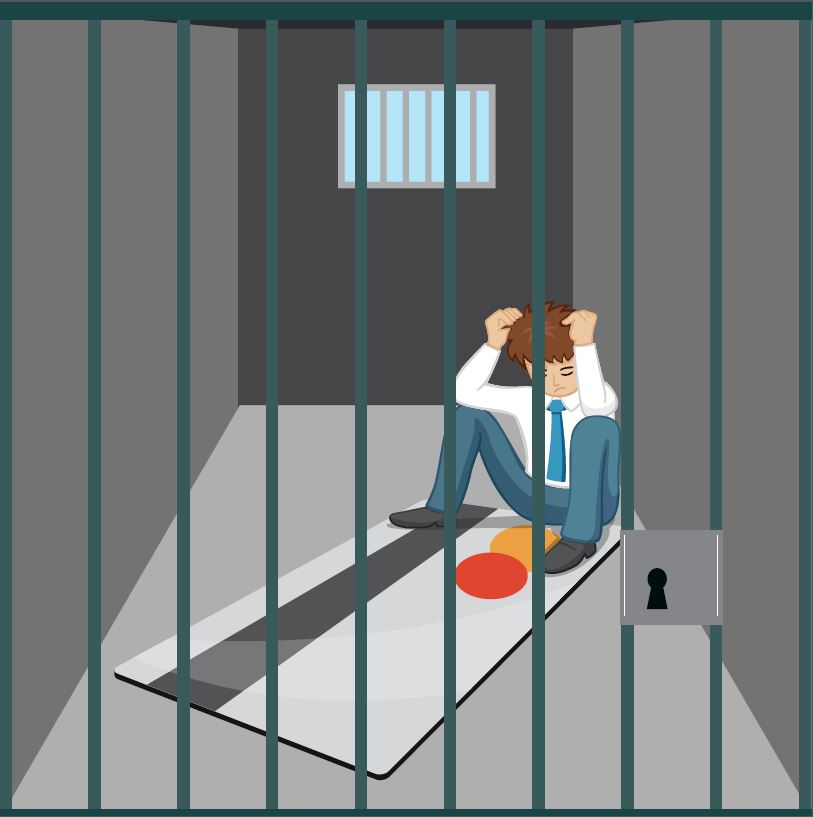 The U.S. Congress abolished debtors’ prisons in 1833. What this meant was that an individual could no longer be imprisoned for failing to pay a “civil debt” like a credit card, payday loans, student loans, utility bills or a medical bill. However, a February 2018 report from the American Civil Liberties Union (ACLU) found debt collectors are exploiting loopholes in the legal system to arrest American consumers for outstanding debts.

Before we dive into the nitty-gritty details below, we want to stress that this article discusses whether an individual consumer can be arrested for failing to pay civil debts in particular.

Please note that there are two types of debt that you can legally be arrested for not paying.

Back to the civil debts…

Under the Fair Debt Collection Practices Act of 1977, debt collectors are prohibited from threatening or misleading consumers, which includes threatening arrest. The Federal Trade Commission (FTC) and the Consumer Financial Protection Bureau (CFPB) are both tasked with overseeing that creditors abide by this law.

When Congress passed the Fair Debt Collection Practices Act, the legislative body recognized that a majority of consumers intend to pay their debts and that most overdue debts are not intentional. Specifically, Congress noted, “When default occurs, it is nearly always due to an unforeseen event such as unemployment, overextension, serious illness, marital difficulties or divorce.”

Research by the Pew Charitable Trusts found that one in three American families had no savings at all and that 41 percent of households did not have $2,000 to cover an emergency expense. The lack of savings and financial assets to tide a family over in crisis is an even greater problem among younger people and racial and ethnic minorities.

About one in three adults in the U.S., or some 77 million Americans, has a debt that has been turned over to one of the more than 6,000 debt collection firms operating in the U.S. each year, according to the Urban Institute.

Despite the average debt in collections being less than $375, with some as little as $28, the ACLU found that in 44 U.S. states, debt collection companies have partnered with local courts and prosecutors’ offices to try to force repayments.

“Our records show the courts have been completely co-opted by the debt collection industry,” said Jennifer Turner, author of “A Pound of Flesh: The Criminalization of Private Debt,” and principal human rights researcher at the ACLU. “It’s really an unholy partnership.”

Can You Go to Jail for Not Paying Credit Card Debt?

Every state, either by constitutional provision or statute, currently prohibits imprisonment for failure to pay civil debts. However, courts can get around these prohibitions by using their authority to hold debtors in contempt for failure to comply with post-judgment orders like in-court examinations, discovery orders, or, in some cases, court-ordered installment plans.

Specifically what the ACLU found included:

“If disreputable debt collectors are going to use tricks like this to turn civil matters into criminal, then the laws need to be amended to close loopholes that can put hardworking families at risk of jail time,” said Gary Herman, President of Consolidated Credit. “Without a doubt, people should make every effort to pay what they owe, but if you lose your job and can’t pay back a debt, you shouldn’t have to fear being put in jail alongside hardened criminals.”

Hundreds of thousands of civil suits are filed annually in the U.S. regarding outstanding debt. Because these lawsuits oftentimes contain little information detailing how much money is owed and by whom, many consumers don’t even realize they’ve been sued and therefore fail to appear in court.

For those consumers that do respond to the lawsuit, fewer than 10 percent are represented by an attorney, which helps explain why more than 95 percent of debt collection suits end in favor of the collection agency.

“The private debt collection industry uses prosecutors and judges as weapons against millions of Americans who can’t afford to pay their bills,” said Turner. “Consumers have little chance of justice when our courts take the debt collector’s side in almost every case — even to the point of ordering people jailed until they pay up.”