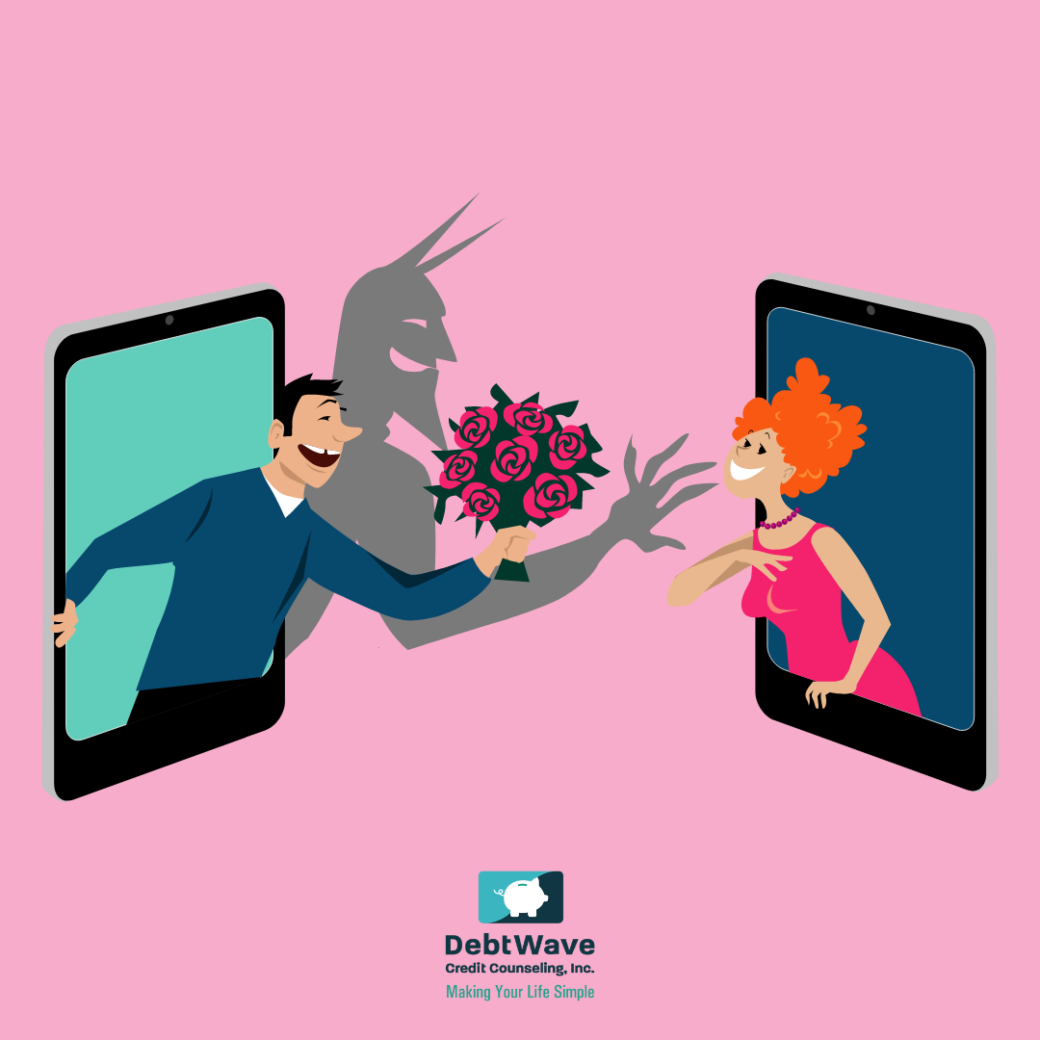 Have you seen Netflix’s new true-crime documentary “The Tinder Swindler”?

The documentary follows the story of three young women who were defrauded by “Simon Leviev,” aka Shimon Hayut, a 31-year-old international fraudster who has been conning people out of money since his late teens.

The documentary traces the fraudulent acts Shimon committed from 2017 to 2019 while falsely claiming that he is the son of Lev Leviev, a billionaire and founder of the diamond manufacturing company, LLD Diamonds. The three women interviewed in the documentary, Cecilie Fjellhøy, Pernilla Sjoholm, and Ayleen Charlotte, all met Simon on Tinder.

While Pernilla struck up a friendship with Simon, Simon dated both Cecilie and Ayleen simultaneously without either woman knowing about the other.

Between 2017 and 2019, Simon convinced these three women that he had dangerous enemies against him in the diamond industry. He manipulated them into taking out their life savings or using loans to fund his spending while falsely promising to pay them back in full.

As you may have guessed based on the title of the documentary or this article, the women didn’t get their money back.

How exactly did Simon scam these women out of hundreds of thousands of dollars?

In one example depicted in the documentary, after Cecilie agrees to be Simon’s girlfriend, he told her that he was working on a $70 million dollar diamond deal, but people in the diamond industry had been threatening him and his security team. Simon said they’d received bullets and funeral flowers in the mail as threats, and an apartment of his in Tel Aviv had been broken into – he had the CC-TV footage to prove the break-in and everything.

Cecilie said she felt “super scared for [Simon]” and how the situation was stressing him out, and she reassured him that she’d be there for him. This is where the con intensified.

Simon sent Cecilie images showing himself and his security guard, Peter, with bloody injuries in the middle of the night as a scare tactic. He convinced Cecilie that his enemies were trying to attack her on this occasion, and, had it not been for Peter intervening, she would have been killed. Simon also sent these same images to both Ayleen and Pernilla at different times as a gateway to convince them to send him money.

Simon claimed that, after this alleged attack, his security team was no longer allowing him to use his credit cards for fear that his enemies could track him down by tracing where he was using the cards. He asked Cecilie if he could temporarily use her credit card in the meantime, and she agreed.

“I’m his girlfriend. Of course, [he] would ask me. Like, you trust me and I trust you, so of course, we’re gonna help each other. It wasn’t even, like, a question,” Cecilie said.

Simon told Cecilie the money he was withdrawing under her name was funding for his entire work team at LLD Diamonds. So he needed to raise her credit limit and spend more, he forged documents using her passport information and fraudulent claims that she was making $94,263 a month, he even had her call American Express and verify she was the one traveling and making all of these expensive charges to the account.

After quickly maxing out her Platinum American Express card, Simon asked Cecilie to get $25,000 in cash for him, which she obtained through applying for a loan and brought to Amsterdam for him.

Cecilie started getting anxious over Simon’s spending, so Simon agreed to send her a receipt from Credit Suisse stating that he was sending her a direct transfer of $250,000 to pay her back for everything he owed. The only problem is that the funds he claimed to have sent her never went through. When Cecilie told Simon the money didn’t go through, he told her that he had lived up to his end of the deal and he was done with her.

After dealing with the shock of what happened and death threats, Cecilie was given Simon’s birth name, Shimon Hayut, from American Express, so she Googled him. What she found was a Finnish newspaper article from 2015 about how Simon had swindled three Finnish women out of money. He served time in prison for this but continued conning people out of money even more rampantly after his release in other countries.

Shimon is currently living as a free man in Israel bragging about all of the luxury items he recently purchased on social media. Meanwhile, these three women are still paying back their debts to their creditors.

Romance & Money Scams on the Rise

While one would like to think that looking for love is hard enough as it is, the truth is romance scams are everywhere, and they’re growing as dating increasingly adjusts to the digital era.

A romance scam, also known as an online dating scam, is when a person gets tricked into believing they’re in a romantic relationship with someone they met online, when in fact, their other half is a cybercriminal using a fake identity to gain enough of their victim’s trust to ask — or blackmail — them for money.

Oftentimes, a romance scammer starts on dating sites or apps. But scammers have increasingly begun on social media, too.

After connecting with the victim through a fake profile, they’ll strike up a conversation and start building a relationship by regularly chatting with them. Once the victim starts to trust the romance scammer and believes they have a truthful relationship, the cybercriminal will make up a story, ask the victim for money, and vanish.

Helen Fisher, a senior research fellow at the Kinsey Institute at Indiana University and author of Anatomy of Love, said the speed of romance scams is not surprising, and neither are the victims’ decisions. Feelings of romantic love, at least as scientists define “love” as a biological process, can happen immediately and don’t require meeting in person.

When feelings of love are triggered, activity in the amygdala, the brain region that detects the negative in a situation, diminishes. “You’re able to overlook what you don’t like, and the things that stand out as fishy to other people,” Fisher said. “It’s a primary trait of romantic love.”

“Scam artists trigger this brain circuitry, enabling these people to crave them,” she said. “These scammers are good enough to keep escalating those feelings.” A powerful release of dopamine produces feelings of elation, euphoria, optimism, and energy. “People feel good, and they overlook a lot because of that.”

Some of the most common online dating scams include:

According to the FTC, the reports of these online romance scams have nearly tripled in the past few years — in 2020 alone victims lost around $304 million from being swindled by their cyber sweetheart.

In September 2021, the FBI reported a rising trend of sham sweethearts enticing their targets to make fraudulent cryptocurrency investments.

If your online love interest asks you for money and you haven’t even met them, beware. And they usually have a sob story to back up their request.

A romance scammer may ask you to send money for things like:

The grooming process at the start of romance scams, said Chitra Raghavan, a professor of psychology at the John Jay College of Criminal Justice, is another form of “love bombing.” It’s a manipulative dating practice in which a new romantic partner showers the other with attention and affection to try to become their whole world.

Love bombing combined with loneliness — especially during COVID-19 isolation periods — and the development of new technologies have contributed to the rise of romance scams in the past years. As a result, total reported losses to romance scams were higher than any other scam reported to the FTC in 2020.

An alternate money scam to watch for: They may send you money! This could rope you into a “money mule” scheme, whereby the scammer asks to deposit money into your bank account, distribute the funds to other people, or deliver packages. In fact, these requests could be tied to money laundering.

Dating scams can happen with people of all ages but are especially risky to older adults in the 55 – 64 age group. Older adults reportedly lost nearly $139 million in romance scams in 2020, followed by prizes, sweepstakes, and lottery scams at $69 million.

The older the target, the heavier the financial toll, according to the FTC — the median individual loss from a romance scam for people 70 and over was $9,475, compared to $2,500 across all age groups.

Tim McGuinness is the founder of the Society of Citizens Against Romance Scams, a Miami-based nonprofit that advocates and organizes support groups for victims. McGuinness said he believes romance scams are more frequent than what’s reported, as many victims, especially men, are too ashamed to report being swindled by love.

“A critical thing to know,” McGuinness said, “is that virtually everyone can be scammed. It’s only a question of the right grooming and right story.”

If you suspect you may have been the target of a romance scam: