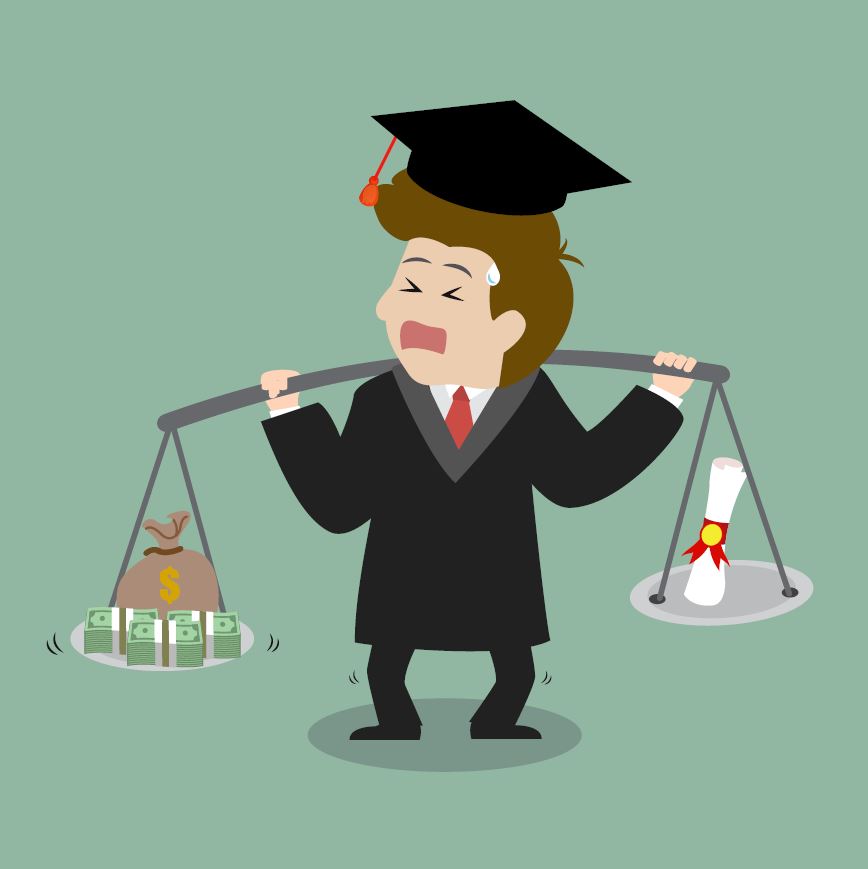 In February 2015, the Federal Reserve Bank of New York reported that student loan balances rose to $1.16 trillion and that 11.3 percent of that is in delinquency – that is, not being paid back. The New York Fed is worried that this debt is preventing students from becoming self-sufficient adults who can live on their own.

“Student loan delinquencies and repayment problems appear to be reducing borrowers’ ability to form their own households,” wrote Donghoon Lee, research officer at the Federal Reserve Bank of New York, in a press release accompanying the Feb. 17 report.

It’s easy to leap to the conclusion that too many students are staggering under the weight of gargantuan piles of student loans. But Beth Akers, an economist at the Brookings Institution, says that big loans aren’t the problem.
It’s the small ones.

“If you look at the data, distress is biggest among people with the lowest loan debt,” of around $2,000, said Akers, presenting at the SXSWedu conference in Austin, Texas, last week.

Akers speculated that many of these financially distressed adults might have taken out a small loan to start school and then dropped out, remaining unable to get a high-paying job and thus unable to pay back the loan. “They’re probably not finishing their college degrees,” she said.

As evidence, Akers cited a 2014 research paper she wrote for the American Enterprise Institute, “How much is too much? Evidence on financial well-being and student loan debt,” in which she found that late payments – a measure of financial distress – spiked for those with an outstanding debt of around $2,000. These adults also had higher rates of unemployment than borrowers of larger amounts.

By contrast, those with debts exceeding $19,000 had far fewer late payments and were less likely to be unemployed. (See Table 2 in the AEI paper for details.)

It turns out that only a small fraction of students actually have giant debts. According to another Akers study, just 8 percent of households* with student loans had debts greater than $50,000 in 2013. Many of these large loans were for graduate professional degrees, such as law school. For the most part, these big borrowers were able to find good jobs afterward and make their loan payments.

(*Akers looked at household, not just at individual student debt. So if two students, each with debt, married, then their debts would be combined. A couple, each with $25,000 in student loans, would be in Akers’ $50,000 category.)

But most students with education debt have more modest amounts. Almost half – 49 percent of households – have balances under $10,000.

“The broad problem is not large balances,” said Akers.

Surprisingly, many students are unaware they’ve taken on debt. In another Brookings paper by Akers and Matt Chingos, “Are College Students Borrowing Blindly?” (Dec. 2014), Akers and her co-author found that 14 percent of freshmen with student loans didn’t realize they had any.

No wonder there are so many defaults among small loans when so many students don’t even realize they have them.

This column was written by Jill Barshay for The Hechinger Report and posted on the U.S. News & World Report site. It has been republished here with permission.