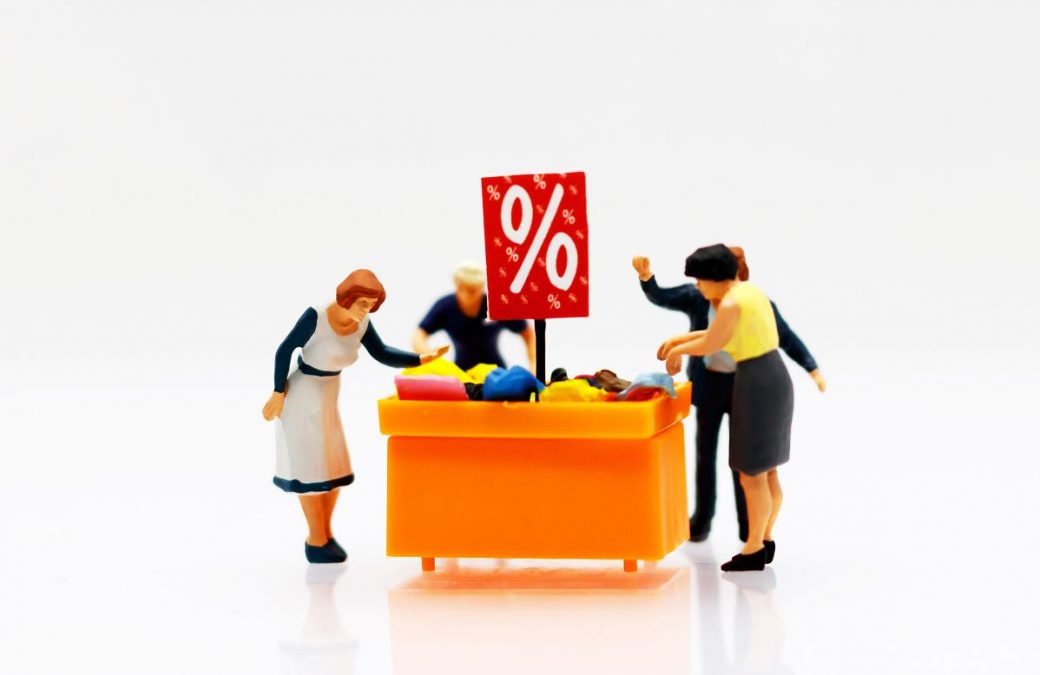 Close to 90 percent of American consumers regularly shop at discount retailers regardless of their age or income, according to an October 2018 Consumer View report from the National Retail Federation.

Clothing is the number one item American consumers are most likely to purchase at bargain retailers.

So while it seems department stores are economically struggling and filing for bankruptcy (RIP Sears), discount retailers, which surged in popularity following the 2007 recession, continues to be a shopping haven for a majority of the American public, who continue to hunt for deals and discounts eight years into the economic recovery.

“Looking for the best price is a habit that cuts across almost every demographic,” NRF Vice President for Research Development and Industry Analysis Mark Mathews said.

“Regardless of income or generation, virtually everyone wants a bargain whether it’s for everyday necessities or big-ticket splurges. Even those who can afford to shop elsewhere love finding a ‘steal,’ and it’s a habit that’s here to stay.”

Study Shows Discount Retailers in the US Appeal to Everyone

One of the most interesting aspects of the NRF’s survey is that American consumers reported shopping at discount retailers regardless of their income.

Here’s why this is interesting from a financial perspective:

Before I entered the realm of personal finance, I had the mindset that if I earned more money that meant I could not only buy more things but that I could afford to shop exclusively at high-end department stores.

Well, I never really created a budget so while my salary had increased, I still wasn’t living within my means. I really couldn’t afford to shop at high-end stores, but I assumed I had to buy expensive items in order to keep up the same professional appearance as my colleagues and more well-off friends.

I was so wrong.

And as this study points out, an overwhelming number of Americans earning high salaries still continue to shop for deals at discount retailers.

One of the most important things to remember when it comes to budgeting is that if you don’t create a budget to help you live within your means, you are essentially playing with fire and risking your financial future.

In other words, even if you earn a million dollars each week, if you don’t budget and are frequently spending money, you could wind up with more credit card debt and a lower net worth than say someone who budgeted and lived within their means on a $50,000 bi-weekly salary.

America: Land of the Bargain Hunter

Slightly more women than men also reported shopping at discount retailers – 53 percent compared to 47 percent. And about 46 percent of bargain shoppers have children.

For those that do shop at discounted retailers, the NRF survey found value shopping has become a way of life for many consumers.

What’s evident based on these findings is that for a majority of American consumers who self-identify as value shoppers, they are “willing to give up almost anything for the satisfaction of a good bargain.”

Are you a bargain hunter? Share stories of your favorite discount deals with us in the comments below!