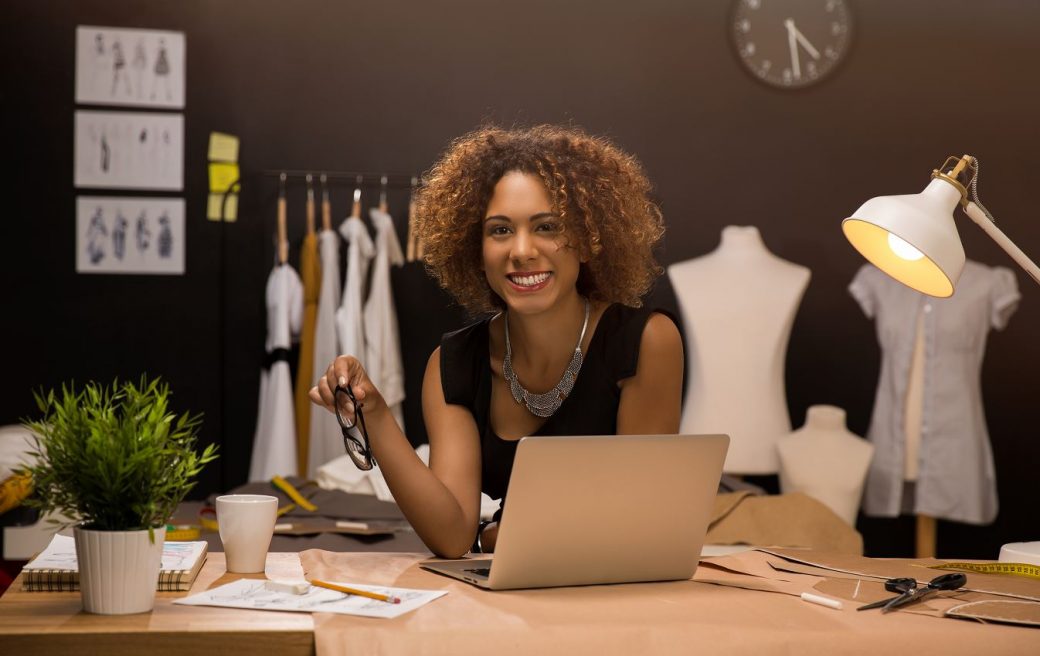 A single mom, Maddox was living in a low-income, one-bedroom apartment outside of Chicago. Though she received some government assistance, Maddox was struggling to make ends meet, let alone pay off debt.

“My lowest point financially was when I had to search on the ground in the parking lot of my apartment complex looking for quarters because I couldn’t afford to wash my clothes,” she said.

“We don’t have enough,” was a common phrase Maddox heard when she was young, so was “we’re on a fixed income.”

When Maddox was a child, debt and loans were normal, and her family didn’t talk about the importance of financial literacy. Still, Maddox maintained her dream of going to college through it all – even if it meant going into debt.

“It was kind of a given I would need to take out student loans and I wanted to do that,” she said.

But eventually, Maddox’s debt caught up to her.

As a single mom living on a low-income, Maddox quickly grew frustrated with her debt. “I started to feel like, how am I ever going to get out?” she said, noting that people who borrow money usually do so because they can’t afford it on their own, but then get caught in a cycle of not earning enough to pay back the debt.

Though Maddox had borrowed money with an intent to pay it back, her income was not enough to make ends meet, let alone make significant payments on her debt.

Hope on the Horizon

In 2014, Maddox started a blog, My Debt Epiphany, to document her debt payoff journey.

“I had an epiphany to share on my blog what was going on in my life and to hold myself accountable,” she said, noting it was hard to find people in her life who understood or supported her debt-free journey.

Maddox acknowledges one key to her success on her debt-free journey was when she changed her money mindset to one of growth and abundance instead of scarcity.

In order to fully realize her debt-free dream, Maddox knew she would have to develop good money habits and stick with them long-term.

Just like how the gyms are packed in January after many of us pledge to eat healthier and work out on a more regular basis each New Year, Maddox says paying off debt requires the same discipline and intentions.

A planner, Maddox set attainable and actionable goals to pay off her debt in smaller amounts. She even planned for how she would handle financial distractions or slipups along the way to minimize stress and ensure she would bounce back when she made a money mistake.

While Maddox recommends others create a plan for their own debt-free journey, she reminds us to give yourself some grace if you make a mistake or life happens.

During her debt-free journey, Maddox got engaged. Though she was in debt, Maddox went forward with her wedding but paid cash for everything. “I still wanted to live my life and enjoy the moment,” she said.

Looking back, Maddox sees her debt as a blessing. “It opened up a whole new career for me,” she says.

It’s true. Since starting her blog, Maddox has become a certified financial education instructor, a personal finance coach and a professional writer for several financial companies.

Maddox and her husband have also been quite successful paying off debt through side hustles. Maddox was even able to quit her full-time day job in 2016 and started working for herself as a personal finance writer, blogger, and coach – even though she had a year of payments left on her student loans.

While extra money earned from a side hustle can be very helpful in paying off debt, Maddox recommends those looking for a side hustle find something they truly enjoy doing if they want to be successful.

“You’re making a sacrifice already,” she says, noting that side hustles take people away from their families and leave an individual with less time for themselves, especially if they have a day job.

“Be realistic, figure out what you’re gonna do, how much time you have to commit to it and how much energy you have,” she said. “My husband likes driving and talking to people so he drives an Uber.”

For Maddox herself, she turned to freelance writing because she started out as a single mom who needed flexibility and to be home with her son.

Regardless of where you are on your debt-free journey, Maddox stressed that it’s important you don’t let your income or your situation limit you.