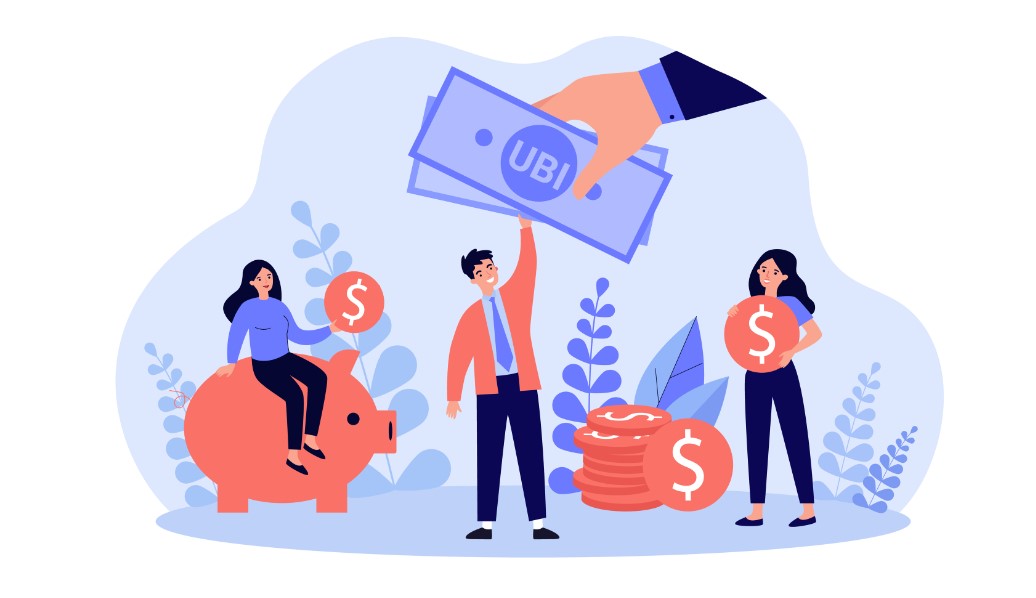 When the restaurant, travel, and entertainment industries shut down in the early spring of 2020, there were many conversations on how we as a country could come together and support these industries and the thousands of millions of Americans they employed.

One answer was The Cares Act – the $2.2 trillion stimulus package, passed in March 2020, which was intended to stimulate the economy through stimulus checks sent to Americans. Individuals who qualified received up to $1,200 (or $2,400 for married or joint filers) and an additional $500 for each dependent child under age 17.

The idea behind the stimulus checks was that by ensuring every American was able to afford basic necessities like food, housing, utilities, and personal care, we would manage to have less of a devastating impact on the U.S. economy.

The First Round of Stimulus Checks

According to data from the New York Federal Reserve, nearly two-thirds of Americans did not spend their stimulus checks. Instead, it appears a majority opted to put the money in savings (36 percent) or use that money toward debt repayment (35 percent). The debt repayment category includes student loans, mortgages, credit card debt, auto loans, and personal loans.

Only about 29 percent of Americans spent their stimulus checks on consumption items. Those that did spend the money, here’s how they did it:

Even those receiving unemployment benefits showed reluctance to spend their stimulus checks, opting instead to improve their financial situation through debt repayment (48 percent) more so than consumption (29 percent) or savings (23 percent). Consumption in this case may be higher than the savings rate because economists are counting “delayed rent payments” as consumption – not debt repayment.

Additionally, there is continued uncertainty for how long the COVID-19 pandemic will last, how long social distancing rules will be in place, and how long we will continue to experience restrictions on in-person activities and events, which may have inspired some individuals to save all or some portion of their stimulus check.

According to the Feds, Americans mostly plan to save their second stimulus checks, and spending could decrease even further than we saw with the first stimulus check:

Testing the Impact of Guaranteed Income

While the value of another stimulus check is debated on a national level, there are communities across the U.S. who are creating their own stimulus programs and have been doing so even before the pandemic began to ensure the basic needs of residents are met.

Take the Andrade family for example from Compton, California.

When Jacqueline Andrade and her husband lost their jobs in March at the start of the pandemic, Andrade’s family was running low on groceries, including formula for her 3-month-old son. The 37-year-old mother was contemplating if she should start making diapers out of cloth because the family was so strapped for cash.

“It was something I never thought I would have to face,” Andrade said. “We were unprepared for this.”

With the help of her children’s school, KIPP SoCal, and nonprofit One Family Los Angeles, Andrade was able to receive financial assistance in the form of a one-time $500 payment, according to MSN. “It was a lifesaver that helped her cover basic needs in a moment of desperation. But it’s not the same as a steady paycheck. That kind of help, Andrade said, ‘would be a stress reliever for our community’.”

On Nov. 5, 2020, Brown launched The Compton Pledge, a guaranteed income pilot program for 800 Compton residents. Under the plan, selected families will be given $300 to $600 each month for two years, as well as tools to help them improve their financial literacy. Brown said she hopes the impact of the program will ripple across the Compton community, beyond those who are selected for the pilot program.

“I know firsthand what guaranteed income could have done for my mother,” Brown said. “I’ve watched the many sacrifices she made, including walking to work to provide for my brother and I. Like most Americans, we were one emergency away from having to move, which we did many times if anything unplanned happened because of her restricted income and prioritizing being present for her children,” she said.

“People in our community are going through tough times, and I know that guaranteed income could give people a moment to navigate their situation, and have some breathing room to go back to school, explore a new career path, spend time with their children, or improve their mental and emotional wellbeing,” Brown said.

Launch of the Compton Pledge comes after Stockton, California, Mayor Michael Tubbs launched a guaranteed income program in 2019 called Stockton Economic Empowerment Demonstration or SEED. Under the SEED program, 125 Stockton residents are given $500 a month – no strings attached, no work requirements – for 18 months.

“The status quo simply isn’t working and incremental change just won’t cut it. It’s time to try something different and address the root cause of poverty – lack of cash,” according to SEED.

In Stockton, 1 in 4 residents lives in poverty.

Tubbs launched SEED with the hope that it will “empower its recipients financially and to prove to supporters and skeptics alike that poverty results from a lack of cash, not character.”

“There’s nothing patriotic about poverty in the wealthiest country in the world,” said Tubbs.

Mayors for a Guaranteed Income

In June 2020, Brown and Tubbs founded Mayors for a Guaranteed Income, a consortium of mayors working to launch more guaranteed income pilot programs in their cities. This is our New Deal moment: everyone deserves an income floor through a guaranteed income, the group says.

“Economic insecurity isn’t a new challenge or a partisan issue,” the website says. “Wealth and income inequality, which have long plagued our country, continue to grow. Even prior to the pandemic, people who were working two and three jobs still couldn’t afford basic necessities. COVID-19 has only further exposed the economic fragility of most American households and has disproportionately impacted Black and Brown people.”

Mayors for Guaranteed Income Members include: