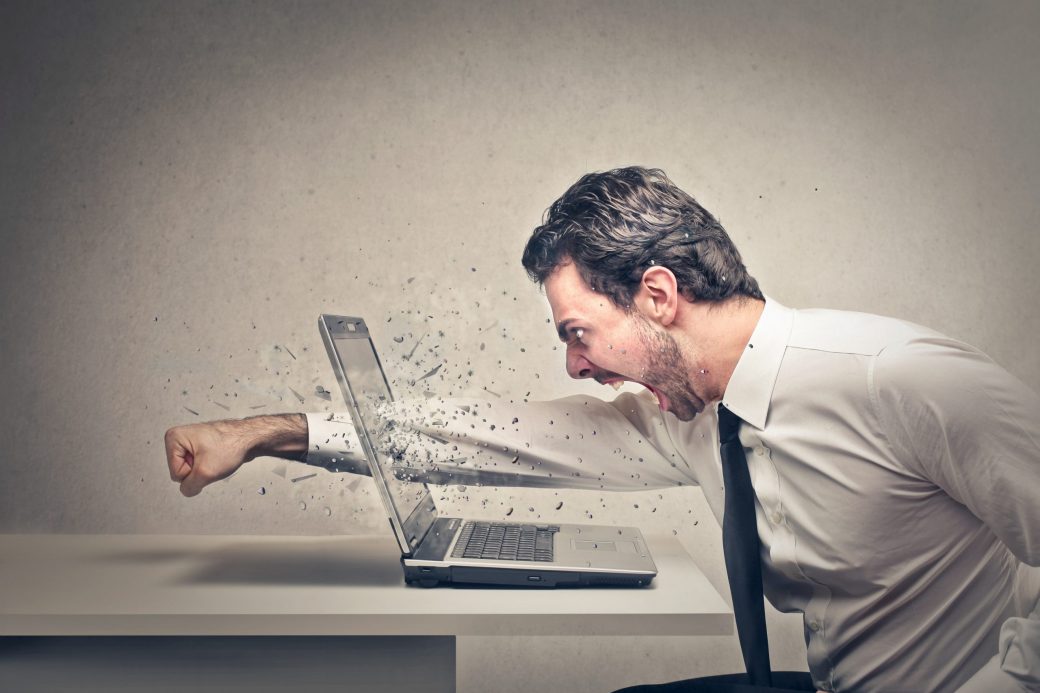 I’ll never forget the first time I used a debt payoff calculator to see how long it would take me to pay off my debt (and how much interest I’d pay in the process).

Confronting the numbers in that way (meaning not just knowing my balances, but understanding how many years and dollars would be lost in paying them off), completely changed everything for me.

My emotions of wanting to be rid of debt suddenly turned into a no-holds-barred motivation to defeat my debt before it further destroyed my finances.

“How could it take that long to pay off,” I wondered. “How could it cost so much extra in interest when all is said and done?”

In a lot of ways, I’d already made some peace with the principal balance of my debt. What I didn’t realize was that the number was totally false.

How to Beat Debt (Defeat Debt by Getting Angry)

The principal balance is only part of the picture while interest ends up being the real game-changer. And I certainly hadn’t made peace with that part of the puzzle.

Facing those numbers head-on was the best motivation I could have ever asked for – I went from feeling almost complacent about my debt payoff to downright angry.

As much as we want to keep negative emotions like anger from seeping into our lives, in the case of debt payoff, anger might just be a game-changing motivational tool for you.

Have you run the numbers on your debt yet?

Do you know the overall balances you owe?

Do you know how much those numbers will be when the interest is added in?

Do you know how long paying the debt off will take?

Because debt can make us feel both shame and fear, it’s easy to ignore those numbers. But that’s not only really dangerous, but it also prevents us from coming to terms with what’s in front of us.

It’s okay to get angry with your debt. Use that anger to drive you to action and DEFEAT DEBT once and for all!

…Then Make a Plan

Feeling anger towards your debt is useful only if you funnel that anger into a clear and direct plan.

Let the anger drive you to action, not to destruction.

Let the anger prevent you from feeling like a victim, but instead empower you to solve the problem.

Debt is a problem, but it’s a solvable problem.

Create a solution that you can stick to and debt may become a problem you never have to deal with again.

Do you need to cut costs on your budget or earn extra money (or both)?

Use the anger you feel towards your debt to motivate you to do it – because while these actions may feel like sacrifices, they’re really tools. They’re actions you can take to beat your debt.

Do you have a targeted debt payoff plan?

Create one so you can knock your debt accounts out one by one and build momentum as you go. Let any anger you feel get you through the sometimes long haul of paying it all off.

And no matter what you do, don’t direct any anger towards yourself.

While debt can inflict so many emotions on us, beating ourselves up doesn’t help anything. It’s better to evaluate what happened and take steps to ensure that you never fall into debt again. Then you can move forward with your plan.

People of all careers and places and incomes experience debt.

Don’t let debt define you. Instead, reckon with it and empower yourself to be someone who can beat it.

The worst thing any of us can do is to become complacent about our debt. I let myself get complacent and it added years to my overall debt payoff.

If you feel yourself slipping into complacency, remember that the day you pay your debt off is the day your money is your own again. And that’s what financial freedom is all about.

Go get your financial freedom. You can do it – all you have to do is empower yourself to make it happen!