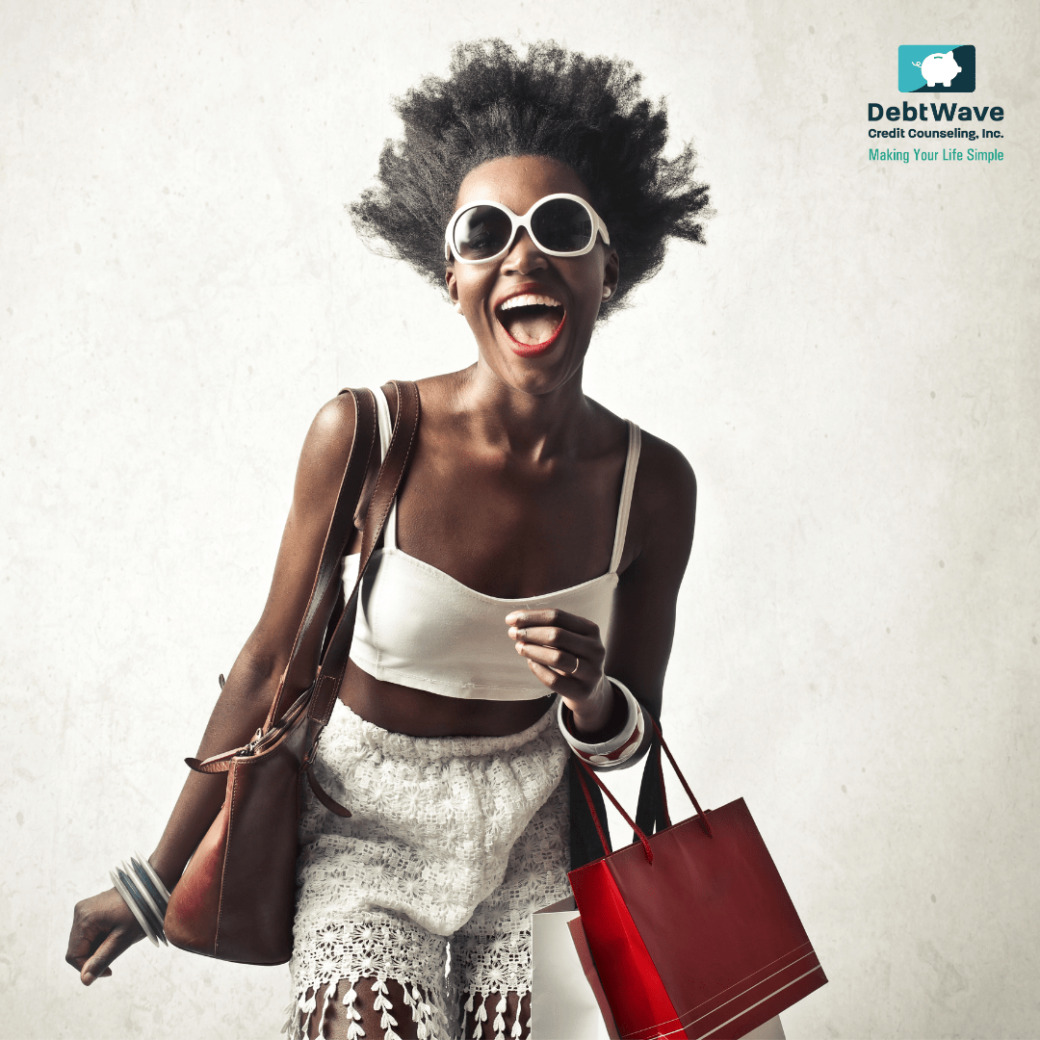 In the original study, psychologist Walter Mischel offered participants, usually young children, one small reward like a marshmallow immediately but promised that if the participants did not eat the first marshmallow they’ll be given another reward at the end of a certain period of time usually about 15 minutes.

In other words, two marshmallows instead of one. All you have to do is wait 15 minutes. So would you wait?

According to the original study’s results, children who are able to successfully wait for the second reward tended to have better life outcomes like higher SAT scores, lower BMI scores, and higher incomes than their peers who couldn’t resist the first marshmallow.

But further research on the marshmallow study has found that economic status and your relationship with money also play a role in whether you’ll be able to successfully delay gratification and wait for the second reward.

What does the marshmallow experiment have to do with personal finance?

Well, budgeting your money and paying off debt is very similar to waiting for that second marshmallow. There’s always going to be some kind of temptation – maybe you’re hungry, maybe you LOVE marshmallows and there is a sale going on right now – that incentives you to stray from your short and long-term money goals.

And as further marshmallow studies have shown, sometimes we make a decision to eat the marshmallow because we’re sick and tired of people telling us that if we “just wait” we’ll get a second marshmallow. Similar to the often-mocked financial advice that if you were to make coffee at home instead of buying it from the coffee shop you would be a millionaire by now.

After increasing savings rates during the pandemic, Americans are now engaging in ‘revenge spending’ or buying more ‘want’ items than usual – even if it means incurring debt.

Some of the most popular splurges include long-wanted home upgrades, vacations, and splurging on nights out with friends, according to the survey.

People engage in revenge spending when they spend lavishly following a negative event like the pandemic for example. After going through a frightening and difficult experience, we want to have fun and forget about the bad times, which may include living life and charging credit cards to the max, spending without restraint to get revenge for the hardships we recently endured.

Much of the splurge spending occurred due to an emotional response to the pandemic, which brought on a significant amount of anxiety, fear, and loss.

A natural outlet for these emotions is to spend money.

When you encounter an emotional trigger, you may experience a series of reactions that lead you to make a purchase. You might be triggered to spend by a range of emotions but here are a few examples:

It was no surprise that people felt the need to treat themselves once their freedoms were returned. From new cars to exotic vacations, many of us made up for the lost time during the pandemic by spending in “revenge” for what we missed out on due to restrictions and closed businesses.

But spending in an attempt to make up for all the disruptions and difficulties of the pandemic can lead you to deplete your savings or take on more debt than you can afford. If you’re buying random things just for the thrill of in-person shopping, or if your spending is driven by fear of missing out on post-pandemic life, you probably aren’t making smart financial decisions.

If you’re finding that your levels of debt have risen, or that you cannot afford other monthly goals, like retirement planning, then it’s likely time to ease your revenge spending.

The first step in easing revenge spending? Reducing emotional purchases by practicing mindful spending or being hyperaware of where your money will go or is going and why.

If you find yourself outweighing wants over needs, one way to get back to balance is to reduce spending on your wants. This doesn’t require an act of stoicism, preventing you from ever purchasing something that’s enjoyable. Instead, it seeks to keep you aware of the purchases that bring you joy or fulfill a purpose, and get rid of the ones that simply provide a short-term burst of activity.

To achieve this, look at your spending and outline the purchases that brought you joy and the ones that didn’t. Make sure to continue spending on the joyful buys and avoid the less useful splurges.

Instead of taking the expenses away for good, plan ahead. Write down the spending goals you have. This should include the mandatory stuff, like paying your rent and saving for retirement. It also, however, should contain some other wants that you dream about.

Now that you know which big splurges mean most to you, then you can save some of those extra funds each month for that purchase. You may just find, through a little planning, that your revenge spending remains in check while the number of things you do on your wish list climbs.

“Spending shines a light on what priorities actually are, rather than what we say they are. While the pandemic has taken away the opportunity for us to spend on certain things, it could be a blessing if we use it as an opportunity to evaluate how much those things actually mean to us.”

Tip: Create a wish list. Paste product images onto an idea board or use an app like Pinterest to curate a list of things you want. Working on a wish list can help you remember to consider purchases carefully rather than immediately buying whatever catches your eye.

2. Check-In with your emotions

In addition to carving out long-term strategies for the road ahead, it’s important to recognize that revenge spending can rear its head at any given time. You will need to be disciplined and remind yourself to press pause when thinking about spending.

“If you are tempted to revenge spend, take a moment to check in with your emotions,” Katie Horton, CFP, CPA, founder of Texas-based Financial Cairn, says. “You are likely trying to fill some sort of need. Maybe you really want time with good friends. So have a girls’ night out instead of a weekend trip. See if there is a cheaper or free alternative that will fill the same desire that is urging revenge spending.”

“There are a lot of people who are unsettled, lonely, and dealing with depression or anxiety from all the chaos we’ve just been through,” says Tara Unverzagt, founder and chief advisor of California-based South Bay Financial Partners.

“Some ways that we’ve seen people successfully deal with this is by exercise — getting out and walking, running or riding your bike. Yoga and/or meditation are also great. [You can also] start a hobby that helps you focus, which ends up [feeling] like meditating. Some hobbies I’ve heard of include painting or coloring, throwing clay/pottery, and rock climbing.”

Set a limit for splurges. It’s okay if you occasionally stray from your budget as long as you keep splurges manageable. For example, you might be able to afford to spend $15 on a surprise ice cream outing but not $400 for concert tickets you didn’t plan on.

5. Set a Time Limit Before You Can Make Purchases

Give yourself a cooling-off period before making purchases – big or small. Commit to waiting a week before making significant spending decisions so you have time to consider whether a purchase is the best use of your money.

Another strategy? Put a barrier between you and the purchase. Say you want a new dress you saw online. Put it in the virtual shopping cart and wait 48 hours before buying. If you really want the dress, then you’ll likely feel the same about it after waiting two days.

6. Social Media is Not Real

If your friends are all going out–and posting it on social media–resist trying to keep up with the Kardashians. Remember social media is often most people’s highlight reel and doesn’t give you the full picture of someone’s financial situation.

Tip: Ask yourself before making a purchase, if I wasn’t able to post this on social media would it still bring me joy? Is this still how I would want to spend my money? If the answer is no, act accordingly.

Although spending $20 here and there may not seem like it’s affecting your ability to save for your future, the truth is these little purchases add up. To ensure your revenge spending doesn’t affect your future financial goals, earmark the money that you want to allocate to retirement or savings first and only spend money on revenge items based on what’s leftover.

You can even automate this process. Allocate a certain amount to move from your checking account to your savings account, or to an individual retirement account (IRA) or Roth IRA, on a set day each month.

Has revenge spending affected your finances? Share your story and tips in the comments below!