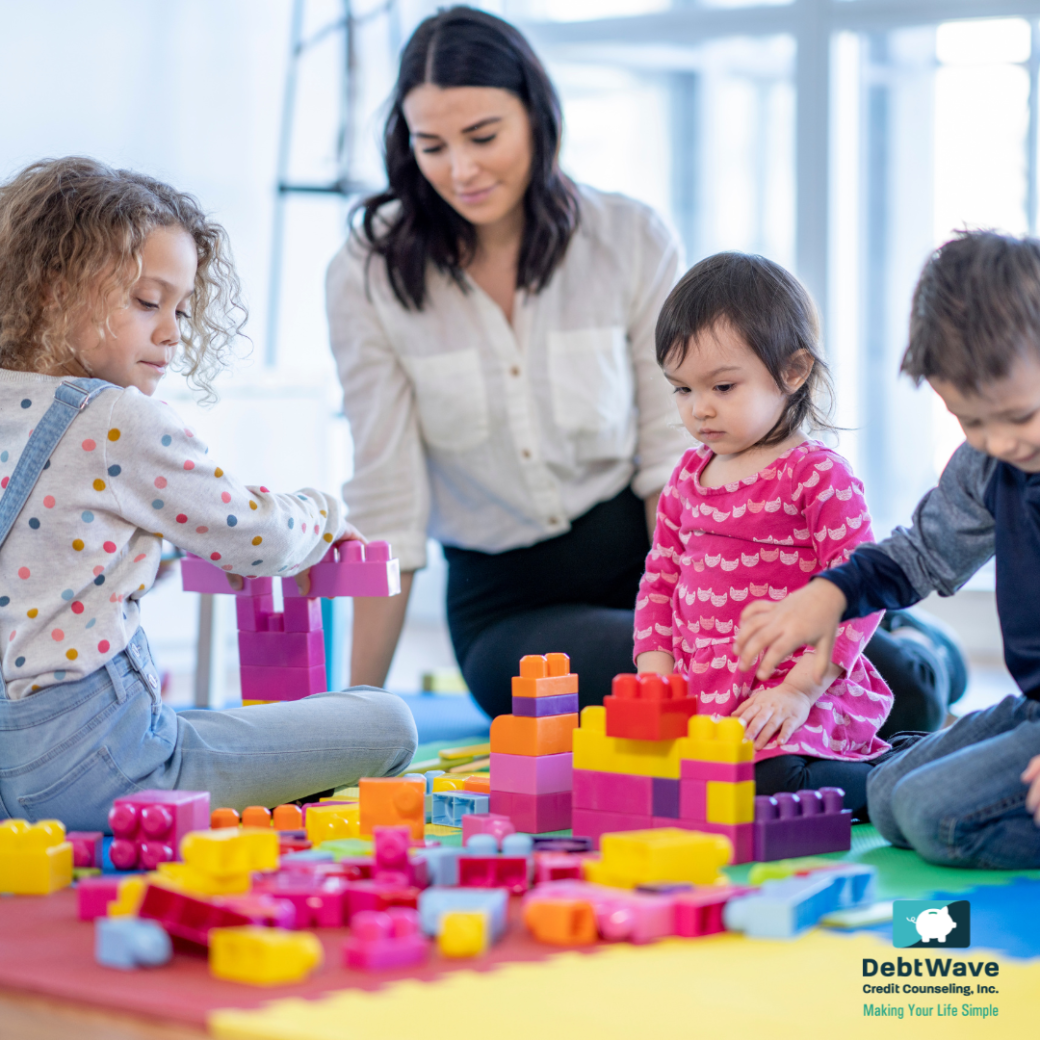 The cost of childcare and child-related expenses like school supplies is rising so quickly it’s forcing many American parents to slash spending in other areas of their household budgets to accommodate the premium pricing and, in some cases, the high costs of childcare are forcing parents to exit the workforce.

The “Demanding Change” report found that the national average annual cost of child care in 2020, the latest data available, was $10,174. Using that figure, the report’s authors determined that the average married couple will spend more than 10 percent of their income on childcare expenses. That number skyrockets to more than 35 percent for single parents.

For context, according to the U.S. Department of Health and Human Services, child care is considered affordable if it costs a family 7 percent or less of their household income.

In three out of four regions of the U.S., the annual price of child care at a daycare center for an infant exceeds the cost of housing, according to a February 2022 report from the nonprofit group Child Care Aware of America. The only place where childcare doesn’t exceed the cost of housing is in the Western portion of the United States.

Should I Have Kids Or Pay Off My Credit Card Debt First?

However, across the U.S., the annual price of child care exceeds the annual cost of in‑state tuition at a public four‑year university. Including in the West. Public in-state tuition ranges from $9,702 in the South to $13,878 in the Northeast. The average annual cost of daycare for infants hit just over $12,300 in 2020, an increase of $1,000 compared to 2019.

Although much attention has been paid to the rising costs of gas, groceries, and housing, especially with inflation rising at such a dramatic pace, a harsh reality for American parents is that in the last 30 years, child care costs have accelerated faster than any other basic family expenses – including housing and groceries, according to research from First Five Years Fund, a group that advocates for affordable child care.

“Since 1990, child-care costs have risen 214 percent, according to the Bureau of Labor Statistics (BLS) Consumer Price Index analysis, while the average family income has increased by 143 percent,” the First Five Years Fund report said.

“When you think about, as a nation, how much we are spending on child care, and you think about rising costs of goods due to inflation … it is more than a double whammy,” said Natalie Mayslich, president of the consumer side for Care.com. “People are being hit across all sectors, and it is happening at the same time.”

Inflation rose to 9.1 percent in June 2022, which unfortunately was higher than the anticipated 8.8 percent inflation figure many anticipated, essentially guaranteeing further interest rate hikes by the Federal Reserve in the second half of 2022, including at the Fed’s upcoming July 2022 meeting.

Child care costs have been a huge stress on parents in the U.S. over the last two years, with 63 percent of parents reporting they are more concerned about rising child care costs than they were in the past. Specifically, parents are increasingly concerned about whether they can afford childcare and what changes they may have to make to accommodate the rising costs.

According to Care.com, a whopping 94 percent of American parents reported they had to implement at least one major cost-saving strategy in the past year to help with the dramatic costs of childcare.

Part of the increase in childcare costs comes from volatility in the current child-care system, according to the First Five Years Fund’s December 2021 report, which noted that childcare is an expensive, labor-intensive service, but when childcare centers try to offer affordable rates in their areas, it usually comes at the cost of paying early educators extremely low wages.

The median pay for the caregivers who work at these centers was $12.24 an hour or $25,460 a year in 2020, the most recent year for which data was available from the Bureau of Labor Statistics.

Since the pandemic, many childcare centers are having trouble attracting talent, as offering competitive wages would likely require raising prices. But if childcare centers raise prices, many parents will be forced to pull their children out because they can’t afford it.

“Parents are paying way more for child care—especially if they have more than two children—than they are for their home. And more than what they would pay if their children were going to a two-year college today, and that’s a concern,” said Cindy Lehnhoff, Director at National Child Care Association.

“One of the repercussions for parents that we’re starting to see is the exit of women from the workforce,” Child Care Aware senior data analyst Kristina Haynie said. “Sometimes it’s just not worth it to work because the money that you’re making is all going toward child care.”

Roughly 3 in 5 American parents (59 percent) reported they are struggling to pay for childcare and are concerned about what childcare costs will look like in a year or two.

“When it comes to child care, there are three critical criteria – cost, quality, and availability – and based on our research findings, we’ve not only failed to make progress as a country, we’ve actually gone backward,” said Mayslich said.

“Costs are growing while availability is shrinking and that’s having a profound impact on the workforce and consumer spending. We’ve all seen what happens when parents can’t work; making child care more affordable and accessible has to be a priority for all,” she said.

Although many parents expect to take a financial breath of relief once their children age out of daycare, inflation has continued to rise at such a rapid pace that families are making adjustments to their household budgets to account for increased spending on both K-12 and college items this year as a result of higher prices.

Roughly 38 percent of American parents said they are cutting back in other spending areas to cover the cost of items for the upcoming school year, according to the annual survey released by the National Retail Federation and Prosper Insights & Analytics.

Families with children in elementary through high school plan to spend an average of $864 on school items, approximately $15 more than last year. Compared to 2019, back-to-school shoppers are expected to spend $168 more on average, and total spending is up by $11 billion.

Total back-to-college spending is expected to reach nearly $74 billion, up from last year’s record of $71 billion and the highest in the NRF survey’s history as more college students and their families plan to shop this year compared to last.

College students and their families anticipate spending an average of $1,199 on college or university items, consistent with last year’s record of $1,200. Since 2019, total expected spending on back-to-college has grown by $19 billion, and consumers are spending $223 more on average than they were prior to the pandemic.

Nearly half of this increase comes from spending on electronics and dorm or apartment furnishings.

To help with rising inflation, back-to-school shoppers are starting early to find the best deals and help spread out the expenses in their budgets.

As of early July, more than half (56 percent) of families had started shopping for school and college supplies, with a majority (62 percent) sharing they planned to take advantage of sales events in July, like Amazon’s Prime Day, to shop for back-to-school items. Roughly 31 percent of respondents said they plan to shop online deals at other retailers, and 20 percent will shop in-store deals at other retailers.

“We are seeing real shifts in the way people are shopping and spending on back-to-class items since before the pandemic. As a result, retailers are also shifting by bringing in inventory earlier and extending back-to-class offerings,” Prosper Insights Executive Vice President of Strategy Phil Rist said.

Compared with their pre-pandemic habits, back-to-school and college shoppers plan to concentrate their shopping rather than spreading it out across multiple destinations.

Have you made adjustments to your budget due to higher childcare costs? Share your story and savings tips with us in the comments below!