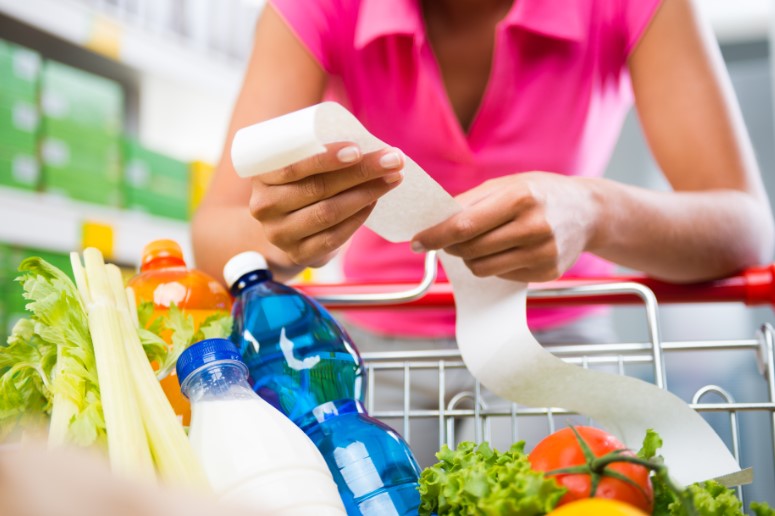 Since the start of the pandemic, I’ve noticed a steady-uptick in my grocery bill despite my best grocery budgeting attempts. It wasn’t until I noticed other people sharing how their grocery expenses had also dramatically increased that I was able to breathe a sigh of relief. Phew, it’s not just me.

While some people explained the increased cost away by noting they are eating more meals from home or maybe snacking more throughout the day, these reasons didn’t match my behavior. Even before the pandemic, most of my meals were from home and I was cutting down on my meat consumption, so why did it seem like my grocery bill was at least $50 more expensive each week for the same items?

Grocery Prices Are on the Rise

Here’s the truth: Grocery prices have increased by at least 3.4 percent since the start of 2020, far exceeding the 2 percent annual average growth of grocery prices over the past two decades.

Let’s break it down even further.

From February to June, meat and poultry prices rose nearly 11 percent, with beef and veal prices spiking at 20 percent, according to a July 2020 report by CNN. Pork increased by about 8.5 percent. The cost of other staples increased as well including eggs (10 percent), cereals (4 percent), and fresh vegetables (4 percent).

Many hoped the grocery price increases were temporary; a market response to the supply-and-demand issues many of us encountered when the shutdowns first began. But in a study released in October 2020, online financial service marketplace LendingTree reported that Americans’ average weekly grocery spending has risen from around $163 pre-pandemic to $190 during the pandemic — an increase of 17 percent.

In other words, the average household earning an average gross income of $78,635 spent nearly $4,500 on food at home in 2020, according to data from the U.S. Bureau of Labor Statistics. That breaks down to about $372 per month on groceries alone. This does not include any additional funds that may have been spent on take-out or dine-in food.

Erik Hembre, Assistant Professor of Economics at the University of Illinois at Chicago, estimated that if food price increases remain over the course of the next year the average household will spend about $400 more on groceries in 2021.

“Recent increases in food prices during the pandemic affect lower-income households more because they spend a greater share of their income on food at home,” Hembre said.

5 Ways to Save on Groceries

This helps you stay focused on buying only what you need and reduces the likelihood you’ll succumb to the marketing strategies deployed throughout grocery stores.

When you can buy generic, do it! Store-brand labels can oftentimes save you anywhere between 30 to 50 percent off name-brand foods, according to Farnoosh Torabi, contributing editor at NextAdvisor.

Frozen food prices have stayed relatively stable compared to other products during the pandemic, including fruits and vegetables. “A pro tip when you’re buying frozen is stock up when the deals are on,” says Torabi. “Because you can just store them, you don’t have to worry about waste.”

Most of the more expensive grocery items are strategically placed at eye level to entice you. Before you select an item, look for similar, comparable items that may be a fraction of the cost, but are located either above or below these name-brand items on the shelves.

Even if you don’t get the physical grocery fliers in the mail, you can check out your local grocer’s weekly deals online. After you review the deals for the week, you can meal-plan and build a shopping list around those items that are on sale or in-season.