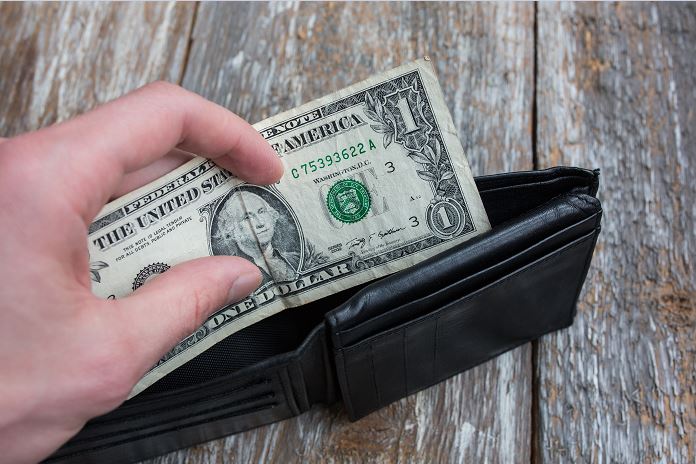 It’s a seemingly innocent question – could you live without a credit card? But the answer may be more complicated than one may have anticipated.

Can I Live Without Credit Cards?

Sure, living without a credit card in the U.S. is entirely possible – just ask 30-year-old Florida resident Justin Hoffman. A few months ago Hoffman was added as an authorized user on his life partner’s credit card. Prior to being added on his partner’s account, Hoffman says he had never had any type of credit – not even student loans!

“I very much like the idea of not having a credit card – I don’t like having negative balances. I don’t like the idea of paying for something I don’t have the money for,” said Hoffman, who works in marketing and curriculum development for the National Association of Certified Credit Counselors.

Living debt-free has its perks. But when Hoffman found himself without a credit history, credit score and unable to rent a car, he knew something had to change.

Growing up, Hoffman’s family would use credit cards from time to time, but his parents were very diligent about paying off their debt immediately, particularly his father. “He was not a debt person,” Hoffman recalled. “Even for vehicles, he pays upfront.”

Though Hoffman’s family wasn’t reliant on credit cards, when Hoffman was in middle school, financial tragedy struck. “One of my parents lost their jobs due to a factory closure,” he shared.

While others may view credit cards as something to pay back later, Hoffman says his experience in childhood shaped his view that credit card transactions are something to avoid, as they could be debts he may not be able to pay back.

Even when Hoffman lived abroad in Australia and Korea, he did so sans a credit card. In Australia, Hoffman used cash and debit bank cards to pay for his expenses. In Korea, Hoffman’s work visa was directly tied to his health care and retirement savings, and he was also compensated for his rent, allowing Hoffman to “easily save without working that hard.”

Now that Hoffman has resumed living in the U.S., and works for a financial education organization, the 30-year-old professional became increasingly aware of how his lack of a credit score could impact his own life down the road.

A few months ago, Hoffman traveled to Portland, Oregon, for a wedding. Hoffman needed a rental car so he had reserved a vehicle ahead of time. “I thought it was all fine,” Hoffman recounted. But when the customer service associate asked Hoffman for a credit card to put on file, Hoffman didn’t know where to turn.

“I assumed they would put a hold on some large amount of money from my checking account,” Hoffman shared, but in reality, the car rental company wanted to know his credit history. Hoffman’s request for a rental car was denied, just like others without credit histories have experienced, and Hoffman ended up having to take a train to the wedding instead.

Though Hoffman has no issue with public transportation, his lack of credit history and lack of a credit score, was starting to creep more and more into his everyday thoughts.

“When I hit that 30th birthday and realized I have no credit score, but one day I may want to apply for a car loan or a mortgage, I realized I could no longer ignore that aspect of my life,” he said.

Hoffman’s partner added him as an authorized user on one of his credit cards due to the fact that a search for Hoffman’s credit history would produce “no record whatsoever.”

While Hoffman made it to his 30th birthday without relying on a credit card or other line of credit, he’s the first to acknowledge living without a credit card is not possible for everyone.

“I was very fortunate,” Hoffman said about his financial situation. “Not having student loan debt helped me,” he says, adding “it’s easy to say everyone should try it, but living without a credit card may not be a reality for those who have bills or other expenses that I do not.”

“They always have these pieces or profiles about a New Yorker who was able to live without a student loan or credit card, but then they later go on to point out that that particular individual got a six-figure loan from their parents,” he said. “Not having student loan debt and living abroad helped me.”

For others, like Reddit user dufflepud, not having a credit card is a way to keep from overspending.

He and his wife quit using credit cards and creating a budget. Now, the husband and wife duo keep their finances in check by moving a specific dollar amount to a separate account after each paycheck and use that account to pay their expenses.

“For whatever reason, watching a checking account balance decline to zero has proven much more effective at curbing our spending than saying ‘Don’t spend more than X on the credit card’ ever did,” dufflepud wrote.

A Need for Credit Cards

Though there are compelling arguments for reasons to not have a credit card, the biggest being an increased chance at living debt-free, many view credit cards as a safer, more cost-effective option when it comes to financial transactions.

“I exclusively use my credit card,” wrote Reddit user eyabear. “I only keep a debit card active in case something goes wrong with the credit card (lost, stolen, etc.). But I treat it exactly as I would a debit card: I can only spend money I have, and I pay it off immediately.”

Reddit user roger_the_virus agrees credit cards come with an advantage. “I liked having the protection of purchasing through a credit card company rather than debit cards.”

“One time I purchased an airline ticket and the airline went out of business. Got a refund through my credit card company. Good luck getting that back some other way,” he wrote. “I also collected miles on my everyday spending such as groceries, utilities, etc. We enjoyed an annual trip to LA because of it. We also gifted miles to family so they could take trips.”