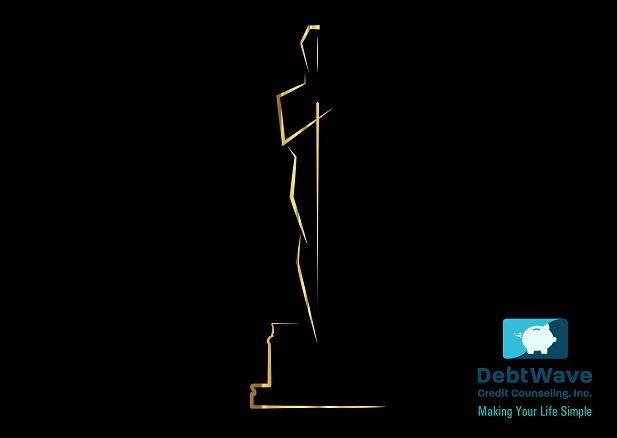 While personal finance fascinates some, for many others, it’s abysmal to include ‘entertainment’ and ‘finance’ in the same sentence, let alone consider finance as a possible form of entertainment!

But film has been able to do something that written words and timeless photos have struggled to do on their own – films allow us to transcend time and experience life through the lens of another’s worldly experience.

Specifically, it is through films focused on money and personal finance that we allow ourselves to more than just imagine the impact money has had on our lives – we get to experience it!

Below we highlight five finance-focused documentaries that are capable of winning over even those without much of an appetite for money talk – maybe even The Academy?

“Maxed Out” is a great film to start with if you’re just beginning to learn about personal finance, credit cards, and credit card debt.

A key message of the film is that while credit cards can be a helpful tool in building and maintaining credit, credit card companies are eager for you to make poor financial decisions, like overspending, that will keep you indebted to them for life.

Although the documentary’s primary focus is credit card debt, the film is eerily prophetic of the 2008 economic crash with its examination of the real estate bubble and the lingering effects of deregulation.

“Maxed Out” is available on YouTube, Amazon Prime, Google Play, and DVD.

A PBS Frontline documentary, “Secret History of the Credit Card” is an eye-opening account of how the credit card industry became powerful and pervasive, as well as how the industry lobbied to limit regulation and create its own rules — without input from consumers.

The film is a captivating look at how consumers are still feeling the impact of those victories won by the banking industry over 25 years ago and is an excellent film for anyone who wants to know about the inner-workings and dealings of the credit-card industry. We’d also recommend this film to anyone interested in learning how to better protect themselves from the traps set by banks.

Catch the “Secret History of the Credit Card” at PBS.org.

Produced by The Minimalists, “Minimalism” is an ode to those who try to live with less in their life. Less stress, less stuff, less debt.

“Minimalism” tells the story of two former high-earning professionals who decided in 2009 to simplify their lives after realizing their material wealth was not making them happy. The film is an examination of how the continuous “hunt” for material goods leaves modern consumers depressed, stressed out, and feeling inadequate.

This is a great film for anyone who has found themselves in debt due to over-consumption, overspending or over-wanting, as well as anyone who wants to simplify their life!

You can watch “Minimalism” on Netflix, Vimeo, iTunes, Google Play, Amazon, and on DVD.

This documentary is a hard-hitting look at how the U.S.’ growing national debt epidemic is poised to not only destabilize the country – it may cost America’s future youth their financial freedom.

An impressive feat of the film is that it manages to deftly explain not only what the national debt is, but the film also explains how Americans’ increased inability to save money is directly connected to our country’s growing debt epidemic.

“I.O.U.S.A.” is a great film for anyone who could use some extra encouragement to pay off their own debt and begin saving.

“Spent” shines a light on the precarious financial position many Americans find themselves in after learning they are ineligible from using traditional banking products many of us take for granted, such as checking and savings accounts.

The film follows the lives of four American families who are living paycheck-to-paycheck, no matter how hard they work or how much they sacrifice. Each family is underserved in some way by the mainstream banking industry and must rely on check-cashing stores, payday lenders and even pawn shops to make ends meet.

Sponsored by American Express, the film can feel like an infomercial at times for a suite of AmEx banking products. However, by respectfully conveying the struggles and stories of four relatable American families who are just like anyone else except for a few bad breaks, the film brings the message home that financial education is vital and that the banking and financial industry is begging for reform.

One chilling fact repeatedly shared throughout the film is how the average American pays hundreds of dollars each year in banking fees – just to have access to financial services we take for granted. Those hundreds of dollars in fees Americans spend? Yeah, the film points out its equivalent to a year’s worth of groceries for an average family.

These documentaries, and others like them, make personal finance fascinating because they present the information through the human experience while connecting these relatable stories to the larger web of banking and lending that we are all under. They examine personal finance in both the macro and the micro and are all great reminders that our financial life does not occur in a bubble.