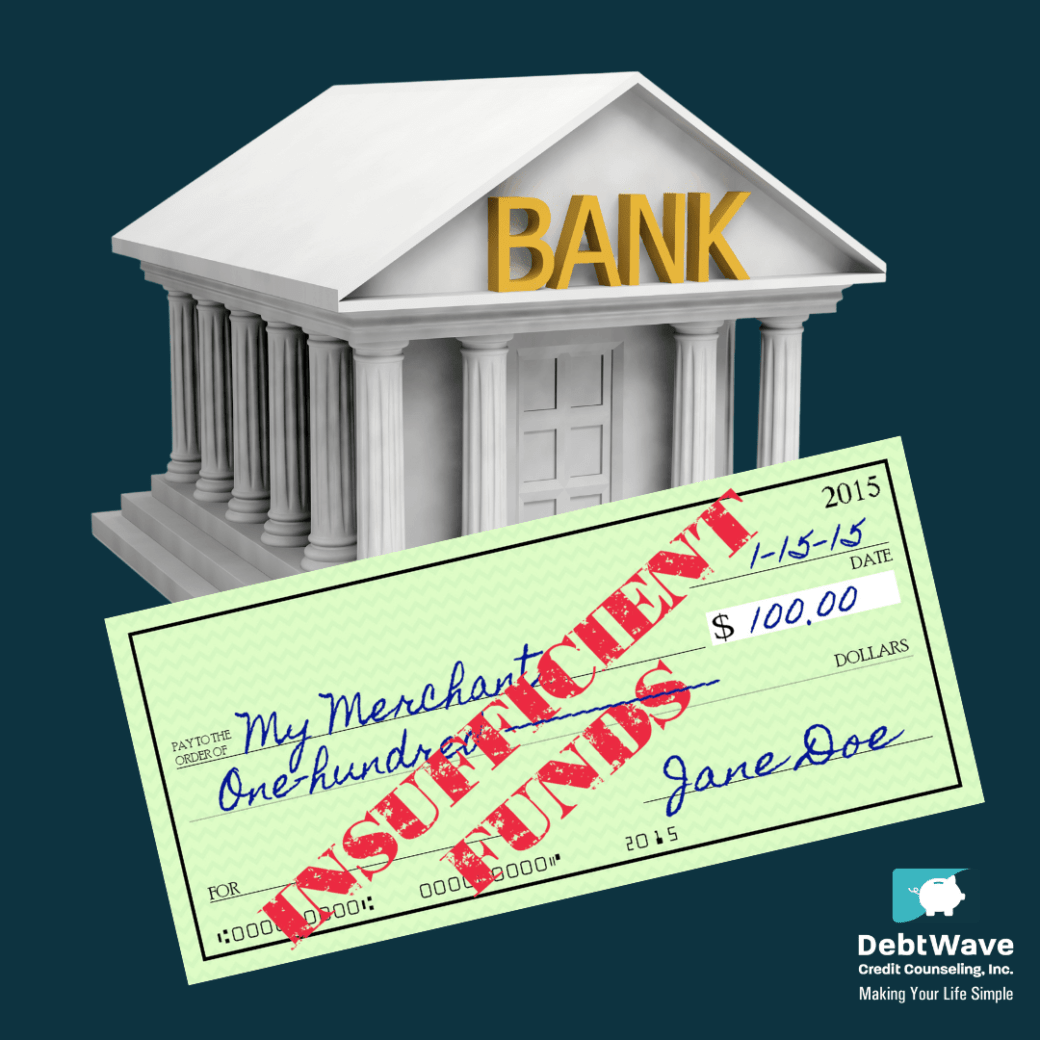 Banks are over-relying on overdraft and non-sufficient funds (NSF) revenue to maintain their high-profit margins, according to a new December 2021 report from the Consumer Financial Protection Bureau (CFPB). Specifically, the U.S. financial watchdog agency found that roughly two-thirds of bank profits come from NSF and overdraft fees.

Three banks – JPMorgan Chase, Wells Fargo, and Bank of America – brought in 34 percent of that total and 44 percent of the $5.3 billion brought in by banks with assets over $1 billion in 2019.

The CFPB also found that while small institutions with overdraft programs charged lower fees on average, consumer outcomes were similar to those outcomes found at larger banks.

“Rather than competing on quality service and attractive interest rates, many banks have become hooked on overdraft fees to feed their profit model,” said CFPB Director Rohit Chopra.

In response to the findings, the CFPB says it will enhance its supervisory and enforcement scrutiny of banks that are heavily dependent on overdraft fees. “We will be taking action to restore meaningful competition to this market,” Chopra said.

Remind Me, What’s An Overdraft and NSF Fee?

An overdraft occurs when you don’t have enough money in your account to cover a transaction, and the bank or credit union pays for it anyway. Transactions include ATM withdrawals and debit card purchases as well as checks and ACH payments (such as online bill payments).

Many banks or credit unions offer overdraft protection programs that will pay for the transaction – not decline it – by charging you an overdraft fee. By allowing your account balance to fall below $0, your bank or credit union will also effectively take the repayment right out of your next deposit.

The CFPB, a federal agency created by the Dodd-Frank financial reform law in the aftermath of the Great Recession, said it will increase its oversight of banks “heavily dependent” on overdraft fees, according to the Dec. 1 announcement.

Officials didn’t quantify what constitutes heavy reliance on overdraft fees. The agency will tell firms how they measure against peers, Chopra said during a media call.

The CFPB researchers noted that, despite a 26.2 percent drop in fees collected during the COVID-19 pandemic, many of the banks’ fees harvesting practices persisted allowing shareholders to enjoy record profits.

Data released from the Federal Deposit Insurance Corporation on Dec. 1, 2021, confirmed that insured banks earned $69.5 billion in the third quarter of 2021, up 36 percent from the prior year. In other words, banks are on pace to surpass their pre-pandemic profitability largely thanks to these overdraft and NSF fees.

This is concerning to the CFPB as previous research showed that overdraft fees present serious risks to low-income consumers in particular, with less than 9 percent of consumer accounts accounting for close to 80 percent of all banking overdraft revenue.

However not all banks agree the fees are the issue. Some firms including PNC Bank and Bank of America, have made it tougher for customers to overdraw their accounts in recent years. Still, the CFPB believes the banks could be doing more to protect consumers.

One bank that got ahead of the CFPB’s overdraft, NSF fee news was Capital One, which announced on Dec. 1, that the company is eliminating overdraft and NSF fees for all consumer banking customers starting in 2022.

“Eliminating overdraft fees is another step in our effort to bring ingenuity, simplicity, and humanity to banking,” said Richard Fairbank, Capital One’s Founder and CEO.

Capital One is America’s sixth-largest retail bank and the only top-10 retail bank to offer free overdraft protection for all of its consumer bank products.

“The bank account is a cornerstone of a person’s financial life,” Fairbanks said in a statement. “It is how people receive their paycheck, pay their bills, and manage their finances. Overdraft protection is a valuable and convenient feature and can be an important safety net for families. We are excited to offer this service for free.”

The announcement means all Capital One customers currently enrolled in overdraft protection will be automatically converted to No-Fee Overdraft on the launch date in early 2022.

Smaller banks so far have been at the forefront of the overdraft movement this year, retooling their policies or dropping the fees altogether.

For instance, Ally Bank announced in June it was eliminating overdraft fees, and Synovus Financial shared it wants to rely less on fees for its checking accounts. PNC, TD Bank, Fifth Third, Huntington Bancshares, and Regions Financial all earlier this year curbed overdraft fees by offering new low-fee accounts or services or limiting when fees are charged.

Others, like the digital bank Dave, use a no-fee model as a way to attract customers.

“We’re going after the biggest pain point we found for customers in this country, which was overdraft,” Dave CEO Jason Wilk recently told Yahoo Finance Live. “We decided that was completely unfair for customers.”

In January 2022, Bank of America, the nation’s second-largest bank, announced it will eliminate bounced-check fees starting in February 2022 and begin slashing overdraft charges from $35 to $10 in May 2022.

“Capital One’s complete elimination of overdraft and NSF fees is a landmark moment for American families,” said Lauren Saunders, Associate Director, National Consumer Law Center. “This move by Capital One will have tremendous benefits for the most vulnerable consumers. It’s critical we keep working to make the banking system more inclusive and fair for all.”

While Chopra applauded Capital One’s decision, he said he’s not expecting other banks to follow in the near term.

“The market won’t solve this on its own,” Chopra said. “We have a clear market failure here,” he added.

But not everyone agrees.

Rob Nichols, president, and CEO of the American Bankers Association, a trade group, said the CFPB’s assessment of overdraft and NSF fees  “paints an unrecognizable picture” of institutions and their overdraft fees. Many banks provide overdraft-free account options and preventative services such as text alerts about low balances, Nichols said.

“Banks remain committed to ensuring their customers understand and make informed choices about their overdraft options,” Nichols told CNBC. “Under federal rules, customers can only receive debit card and ATM overdraft protection by opting in, and they can opt-out at any time.”

Previous CFPB research found that less than 9 percent of accounts pay 10 or more overdrafts per year, which account for nearly 80 percent of all overdraft revenue. That banking fee burden is largely shouldered by low- to moderate-income Americans who are disproportionately Black and Hispanic, according to Financial Health Network’s FinHealth Spend Report, with $7.3 billion paid by low- to moderate-income households.

“The people who are most frequently charged overdraft are the people who can least afford it. The high cost of repeat overdraft fees is a leading cause of people being pushed out of the banking system,” Mike Calhoun, president of the Center for Responsible Lending (CRL), a consumer advocacy group, said.

“Families living paycheck-to-paycheck who bank with Capital One will sleep easier knowing they will not be hit with fees if they inadvertently overdraw their account.”

The CFPB is expected to begin enforcing tougher restrictions on banks and credit unions that charge overdraft and NSF fees by Spring 2022.

Some analysts speculate that other big banks may follow Capital One’s lead and end overdraft and NSF fees before the CFPB or any other legislative body has a chance to impose restrictions or limitations on the fees.

“Our expectation is that more banks will try to avoid CFPB enforcement actions,” said Cowen Washington Research Group’s Jaret Seiberg in a report. “Enforcement actions are likely starting next spring. Enforcement is the fastest way for the CFPB to try to change banking industry behavior,” he added.

And on the legislative front, Democrats introduced the Overdraft Protection Act, which would ban institutions from reordering transactions to increase fees and limit overdraft charges to one a month or six a year.

Since the CFPB’s announcement, some of the big banks have pushed back on the fees and how the CFPB presented their profits, including JPMorgan Chase, which says that it has already taken some actions on overdraft charges and non-sufficient funds fees.

“The CFPB’s numbers don’t reflect changes we made earlier this year to our overdraft services, which have already helped 1.7 million customers,” said Elizabeth Seymour, a spokesperson for the bank.

“We eliminated the non-sufficient funds fee and significantly increased the amount a customer can overdraw before overdraft fees are charged,” Seymour added. “These changes reflect our continuous efforts to offer the best, most competitive products and services our customers want.”

According to the American Bankers Association, most overdraft fees are avoidable. And there are eight ways or steps American consumers can take to avoid paying overdraft or NSF fees:

If you are someone who has struggled with overdraft fees in the past, there are eight steps recommended by the ABA to help you better manage your finances: