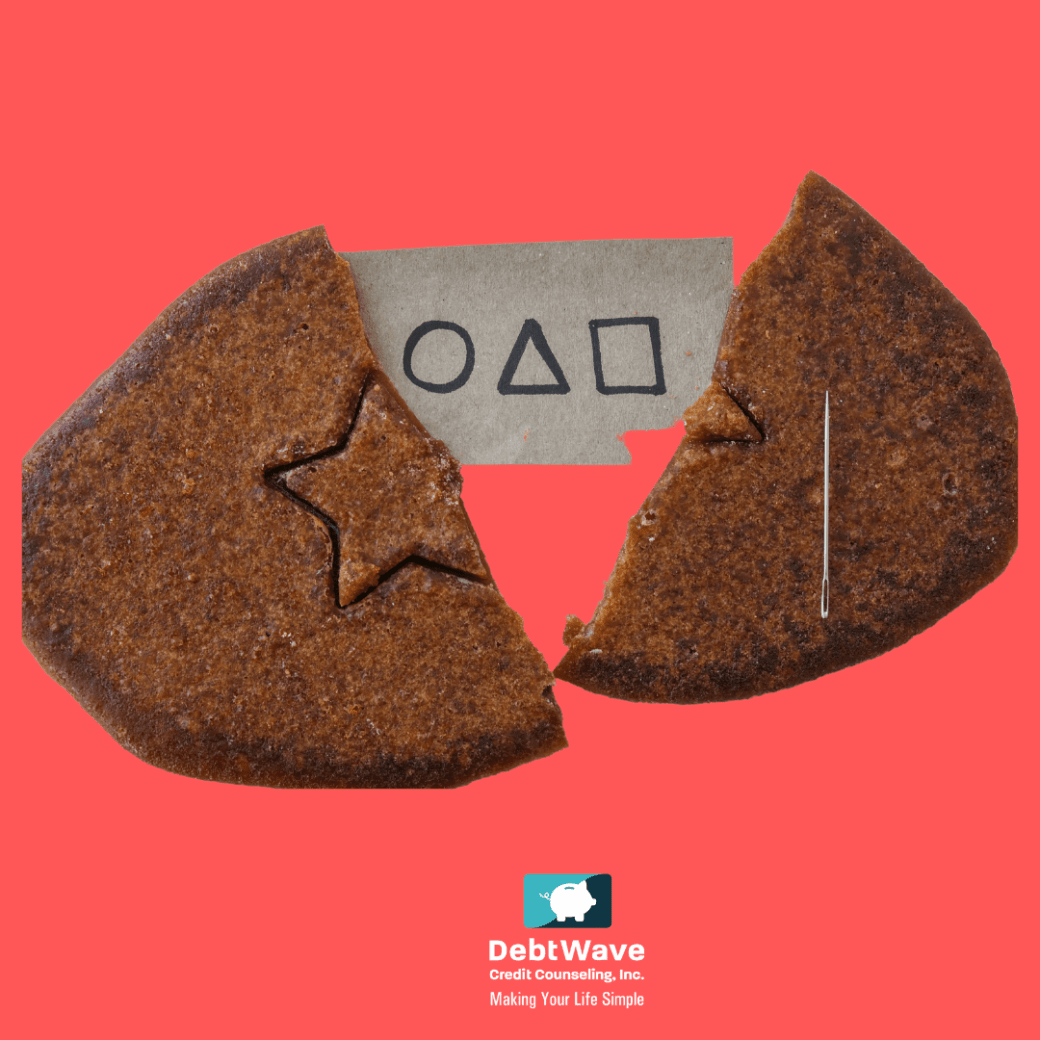 Warning: Spoilers ahead for “Squid Game”

Chances are even if you have not watched Netflix’s latest hit series “Squid Game,” you’ve at least heard of the gruesome dystopian drama series from South Korea in which 456 people compete to the death while playing children’s games.

As of October 2021, “Squid Game” is the most popular release on Netflix in the company’s history and it was the most-watched series in 94 countries across all platforms. Even those who haven’t watched the series are unable to escape the discussions about the show’s seemingly growing influence on financial and labor-related movements worldwide.

So what is it about “Squid Game” that has the world hooked, unable to look away?

In “Squid Game” hundreds of cash-strapped players, 456 to be exact, all of whom are in crippling debt now have a chance to win a life-changing sum of money, roughly $40 million. All they have to do is play half a dozen rounds of household children’s games such as marbles, tug-of-war, and Red Light, Green Light, for a chance to win the cash prize money.

The thing is, only one of the 456 players will win the life-changing money. The 455 losers will face instant death. But this idea that only one person will achieve success and the others must fail doesn’t seem to be an aspect of the game that the players fully understood – at least not until half of the debtors are killed in a jarring, shocking, and horribly gory scene during the first episode.

Unaware this prize money would only be awarded to one and the rest would die, the remaining players join together after the most frightening version of Red Light, Green Light, I’ve ever seen, and collectively demand an abrupt end to the games.

“All of you in this room have crippling debts and are now on a cliff edge,” a game runner tells those assembled. “Do you want to go back and live out your pathetic lives running from creditors? Or will you seize the last opportunity we are offering?”

Thankfully the players voted to leave the life or death game, and this was my first opportunity to take a breath and realize just how tense my body had become watching just one episode of “Squid Game.”

By voting to go home, the surviving players take the power of the game out of the billionaires who organized the games for their own amusement and put the power into their own hands. Power of collective bargaining.

But by walking away, the players also gave up their chance to win this life-changing prize money. So the game organizers plant a seed in the players’ heads that if enough of them return at a later date, the game can resume, and the prize money can be claimed.

Now unless you are an adrenaline junkie or you love a good scare, playing children’s games to the death for the chance to win enough money to pay off your debts doesn’t exactly sound like a well-thought-out debt-repayment strategy, let alone like a reasonable option to consider.

But in the series, the contestants owe so much money individually that when they leave the game, they continue to spend their days and nights running from creditors and loan sharks, just as the game runners warned they would. “Do you want to go back and live out your pathetic lives running from creditors? Or will you seize the last opportunity we are offering?”

That’s another aspect of what makes “Squid Game” so intoxicating to watch. Greed is a powerful motivator just like debt, so even though the odds are stacked against them, 456 people agree to compete to the death for the CHANCE to win money.

As the game continues and more players are killed, I was curious how the players would act. Would they further believe that money is scarce? Difficult to obtain? Nearly impossible to pay off? Or would there be some sort of reckoning moment where the players realize that there is another way to pay off debt and to improve their financial situation without play-fighting to the death?

Would the players band together and argue that multiple debts could be paid off if they shared the prize money? If the players decided to collectively win together instead of just allowing one person to win it all, could they become more powerful together than the billionaires who organized the game?

Debt: A Normal Part of Life

Part of what makes “Squid Game” so relatable isn’t just scarcity mindset and feeling overwhelmed by debt, it’s also how that debt was acquired in the first place and the types of individuals struggling to pay back that debt.

In “Squid Game” the stereotypes of who has debt and how debt can be acquired were shattered. The players in “Squid Game” come from many walks of life – there’s a laid-off autoworker, a gangster, a single mother, a refugee – and they are all desperate to pay back their creditors and elude the moral shame of indebtedness, which is what further makes this show and this game so relatable to the masses.

Those struggling financially are often individuals who have fallen on tough times and had to put medical debt on a credit card. Those whose emergency savings didn’t quite make ends meet. Those living in a high cost of living area so that they could find a job. Or they found themselves laid off but their baby still needs diapers so they incur debt because they don’t feel like they have any other option.

In other words, many people who are struggling with debt end up acquiring more debt or paying astronomical interest rates because they feel ashamed of their situation and they don’t feel like they have any options.

Schedule a FREE Budget Analysis with a Certified Credit Counselor

While Squid Game is not a story set in or about American financial hardships, the increasingly expensive cost of living, higher grocery prices, and soaring fuel costs are all factors that are making it more difficult for the average person to live debt-free.

Did you know that nearly 75 percent of Americans die with an average debt load of roughly $62,000?

In total, American household debt is currently estimated at more than $15 trillion — and that’s not entirely representative of the total debt for U.S. households as many forms of working-poor debt, like payday loans, carceral debt, and utilities, are not counted as debt by the Federal Reserve.

Another aspect of money that was depicted in “Squid Game” was medical debt and the choice many Americans face on a daily basis – go to work when you don’t feel well or are in pain and get paid, or stay home, don’t get paid, and possibly lose your home, your job, the ability to eat.

And as we saw in the series, one of the players’ mothers is unable to afford medical treatment or even stay at the hospital, and we later learn she died at home alone from her illness because she was not able to get the medical treatment she needed.

It may seem extreme to some to compare the experience of the players in “Squid Game” to real people who are struggling with debt, but “make no mistake, the stress, anxiety and health issues surrounding overwhelming debt are real,” said Laurie Campbell, director, client financial wellness, and acting vice-president, marketing and sales at Bromwich+Smith.

As the stakes in the series intensified, so did my physical and emotional reactions and responses to the show.

I found myself identifying with the players forced to play this game of debt and death, and I began to develop a deep disdain for the nameless, faceless, billionaires who organized this deathmatch. I was flummoxed by their seemingly unsympathetic view of anyone who lived paycheck-to-paycheck and racked my brain searching for a way to relate to these people who had enough money to do whatever they want, whenever they want.

I had to remind myself repeatedly that not all rich people are evil or greedy; that there are good people who do amazingly, wonderful, kind things with money; that money doesn’t determine if someone is good or evil, it’s how the money is used.

Still, I couldn’t understand how anyone could watch others compete to the death for anything – especially money. I prayed with every fiber of my being that this story – every detail – was fabricated for the sake of telling a spooky story.

Unfortunately, as interest in “Squid Game” grew worldwide, so did reporting on the show.

As it turned out, taking out a loan from a bad actor can really cost you an arm and a leg – although as the LA Times reported, that is less common now than it used to be for debt contracts to require organ donation.

But it’s still wildly common in places like South Korea to borrow money with an average interest rate of 401 percent, according to the Seoul-based industry group Consumer Loan Finance Association, which is how the idea of paying off a debt with organs began in the first place.

While the discussions about “Squid Game” have been largely centered on the violent nature of the show, the true message in this show is all about the importance of having a healthy money mindset, and how a scarcity mindset can be deadly.

All of the players have a scarcity mindset. They believe that this life or death game is their only option, so they take it. But in the end, only one player survives. Player 456 wins the money in the end, but because he’s still stuck in a scarcity mindset, and just watched 455 players die, the win doesn’t feel as great as he expected.

In other words, this life-changing money doesn’t make his problems go away nor does it bring instant happiness, so he doesn’t spend any of it.

It’s only after the game organizer, player 001, asks the winning player, player 456 why he hasn’t spent any of the money that we see player 456 even attempt to use this money to turn his life around for the better.

In short, he feels guilty for having this prize money and eventually gives it all away to surviving relatives of individuals he had grown close to during the games. This is actually pretty common behavior for those who have a negative money mindset but come into money.

Remember, nearly 95 percent of the decisions we make every day are on a subconscious level.

So if you feel undeserving of money on a subconscious level, if you feel you’re not smart enough to figure out your financial situation, or if you’re feeling you’re never going to catch a financial break, or pay off debt, you likely won’t because your mind has already decided that you’re not good with money so you shouldn’t have it.

This is why you hear stories about claims winners and individuals who won big settlements after an accident or the death of a loved one, they can’t spend that money fast enough because there’s something uncomfortable with where that money originated from.

While the graphic nature of “Squid Game” felt over-the-top and unnecessarily cruel, the fact that this one show has so many people talking worldwide about the burdensome nature of debt and how we need to do more to prevent people from feeling too ashamed to ask for help is a big win in my eyes.

Are you struggling with debt?

Check out our blog 5 Signs Your Credit Card Debt is Stressing You Out plus use our FREE credit card debt payoff calculator to learn your debt-free date! Or Schedule An Appointment