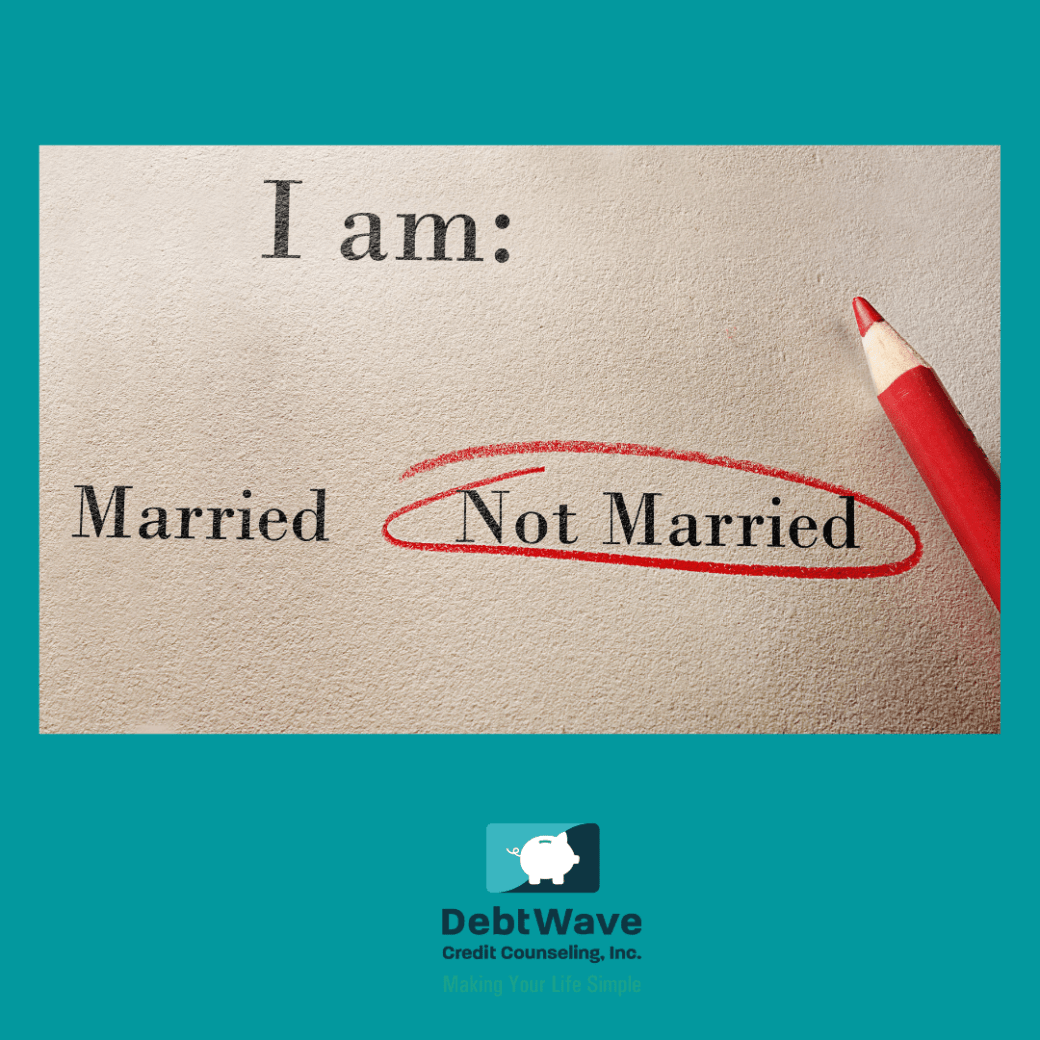 What I mean by that is married people have someone to help them deal with saving, budgeting, paying off debt, while single people must deal with every aspect of their financial lives on their own – even if you hire someone, you must research, find them, and hire them yourself.

But then I got married and realized that although two incomes combined can be incredibly powerful in a positive way, it’s quite rare for two people in a relationship to have the exact same philosophies when it comes to saving, budgeting, spending, investing, and more. And any financial move one partner makes affects both people in the relationship – for better or for worse.

This helps explain why money is cited as the second most common reason for a divorce, just behind infidelity.

In other words, it’s easy to conclude the financial grass is greener on the other side of the relationship spectrum. But now a new survey from the Pew Research Center confirms that being single takes a toll on your finances much more so than being married does – particularly for single men.

Specifically, the study found that the economic gap between single and partnered adults has generally grown wider since 1990, although exceptions do exist.

Does It Pay to Be Single? Pew Says No

Some wondered if the dramatic increase in uncoupled Americans was a side effect of young people delaying marriage until they are older, more established financially; but the Pew research found that wasn’t the case.

In other words, delaying marriage until you’re in your 30s didn’t explain the significant increase in the number of adult Americans who identified as unpartnered. Nor did it explain the economic hit single people experienced.

American adults who are not married, not cohabiting with a partner, often have worse financial outcomes compared to their partnered counterparts, including:

According to the Pew survey, more men identify as unpartnered than women, 39 percent compared to 36 percent, and as Pew noted, this is concerning because single men tend to earn an average of $8,000 less than their married counterparts. The wage gap between partnered and unpartnered women was less.

The Pew report also found something of a “marriage bonus” for people who have tied the knot versus partners who are simply cohabiting.

Researchers have considered why this relationship between partnership status and economic outcomes exists, particularly for men.

The research suggests that both factors are at play.