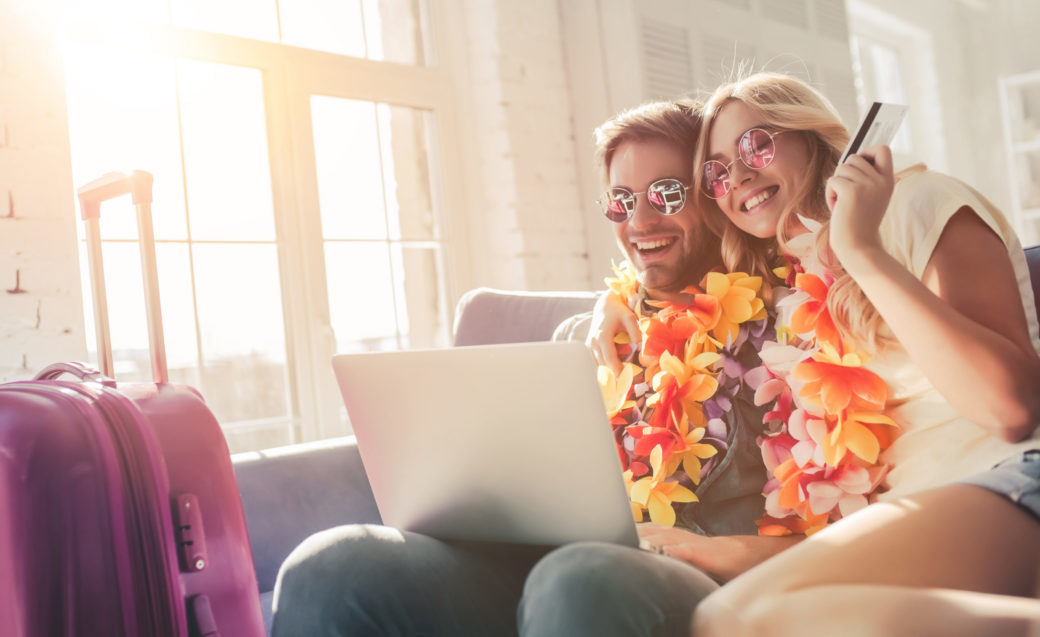 While the total amount owed in student loans, auto loans, and mortgage debt ticks higher and higher, up to $14.6 trillion at the time I’m writing this, there’s one type of debt that is dramatically shrinking in the United States: credit card debt.

When economists examine the $76 billion in credit card debt paid off last year it aligns with earnings calls from financial institutions, which reported balances down and payments up as people endeavor to carry less debt month-to-month.

It also makes sense from a calendar perspective. During the second quarter of 2020 retail sales plunged due to strict stay-at-home orders and we also experienced several supply-chain issues that affected practically every industry.

What’s not adding up for economists, including those at the Federal Reserve, is how American consumers were able to pay off such a large amount of credit card debt during the first quarter of 2021 given it’s also when the U.S. economy reopened and travel resumed.

“It appears that many households are working to reduce their revolving debt balances, and this is happening across the board,” the New York Federal Reserve blog post says.

“Certainly, the decline in card balances should be interpreted with caution, as we are unable to distinguish between new spending and older, carried-over balances. But surging retail sales volumes suggest stimulus checks, forbearance programs, increasing consumer confidence, and pent-up demand may be both supporting consumption and serving to help borrowers reduce expensive revolving debt balances.”

While credit card debt loads appear to be down for just about every demographic, the New York Federal Reserve notes that the data shows that not all consumers have had the same opportunities to lessen their debt load.

But there’s also been an uptick in credit card debt for the nation’s highest earners. “Individuals in the highest annual income percentile, 90th to 100th, had an average of $12,600 in credit card debt — more than three times as much as households making the least.”

“For borrowers in their 20s, balances were nearly back to their previous level by the end of the [2020], but balances continued to decline for older borrowers, particularly those aged 60 and over, except for a seasonal increase at the end of the year,” the post says.

“We think this reflects, to an extent, the differential response to the risks from the virus itself—younger people have begun to resume their outside activities, while older people [are] more likely to remain cautious about the risk, opting to continue to stay home,” the post says.

Return of the Credit Card?

Bank of America says it expects consumers will transition back to credit cards once their stimulus check funds are spent. But in the meantime, while consumers are paying off credit card debt at historic levels, credit card companies are getting more than a little nervous at just how few consumers are swiping. It’s those high-interest payments where they make their money after all.

Take Discover for example. The percentage of Discover credit card balances paid off at the end of the first quarter was the highest it’s been since 2000. But this high debt payoff experience is not unique to just Discover. Capital One and Synchrony Financial also showed dramatic drops in credit card balances of 17 percent, and 7 percent, respectively, according to a report in the Wall Street Journal.

Specifically, Capital One reported nearly half of all credit card balances from the beginning of March 2020 were paid off by the end of March 2021, a historical high, according to the WSJ. Synchrony Financial also told the Wall Street Journal that payment rates have been “higher than they averaged before the pandemic.”

Even consumer credit delinquencies have fallen 1.5 percentage points below where they were at the start of the pandemic, with the New York Federal Reserve noting that as of May 2021, 3.1 percent of outstanding household debt was in some stage of delinquency, compared to 4.6 in May 2020.

While consumers paying off their credit cards at the fastest pace in two decades during the pandemic should be applauded, many signs indicate that debt will return quickly once mass financial hardship programs come to an end, such as the mortgage forbearance programs.

According to a report by the New York Federal Reserve, the average household in mortgage forbearance was able to reduce credit card debt by $2,100 during the past year, compared to $900 for borrowers who are not in forbearance. Borrowers in forbearance even saw their credit scores increase by 14 points on average, compared to a 7 point gain for those who were never enrolled in a forbearance program.

To lure consumers back to using credit cards, many credit card issuers reported they are increasing credit card limits, enticing customers to open new lines of credit, and even loosening underwriting standards for new customers.

There are even plans for a pilot program to help the estimated 26 million Americans who are “credit invisible” get credit cards later this year. It’s part of a joint effort from major banks including JPMorgan Chase, Wells Fargo, and U.S. Bancorp, that will offer credit cards to people who don’t have credit scores but have bank accounts.

In lieu of a credit check, the banks will begin to share information from people’s bank accounts with each other and use that data to determine if someone qualifies for a credit card, according to The Wall Street Journal.

The pilot reportedly stems from an effort out of the Office of the Comptroller of the Currency — a bureau within the Treasury Department that regulates banks — following the nationwide protests after the killing of George Floyd by a Minneapolis police officer. Floyd was suspected of using a counterfeit $20 bill at a convenience store, which is when law enforcement was called.

Many applaud the pilot program to help the credit invisible, noting that although some 26 million Americans do not have access to credit cards, in 2020 only about 7.1 million households nationwide lacked access to a bank account. That’s the lowest rate since the Federal Deposit Insurance Corp (FDIC) began tracking this data in 2009.

While some applaud the banks’ move to increase access to credit, others are a little weary due to the risks and lack of financial literacy.

“This can help a lot of people who have been shut out of the traditional ways of building credit, but who are paying their bills on time out of their checking accounts,” said Sara Rathner, a credit-card expert at personal-finance website NerdWallet.

But as Matt Schulz, chief industry analyst at LendingTree notes, “Expanding access to credit is always, always risky. There will definitely be folks who get in over their heads with all the newfound credit.”

Ted Rossman, a senior industry analyst at CreditCards.com, agrees. “The banks have yet to release information on how the new credit cards will work, including how high the associated interest rates and fees will be,” he says.

The average annual percentage rate, or APR, on credit cards, was 16.15 percent as of May 12, according to CreditCards.com, though the rates charged to people with poorer credit scores tend to be higher.

For people who are not used to budgeting in the way that having a credit card requires, it can take some getting used to. “Using a credit card doesn’t feel like you’re spending real money, so the bill at the end of the month may surprise you,” Rathner said.

Not only that, but a surprise bill can quickly become unaffordable, given the high-interest rates credit cards carry, which is why consumers have been looking for alternatives in the first place.

Have you been using debit cards and buy now, pay later services more frequently instead of credit cards? Let us know your experience and thoughts in the comments below.