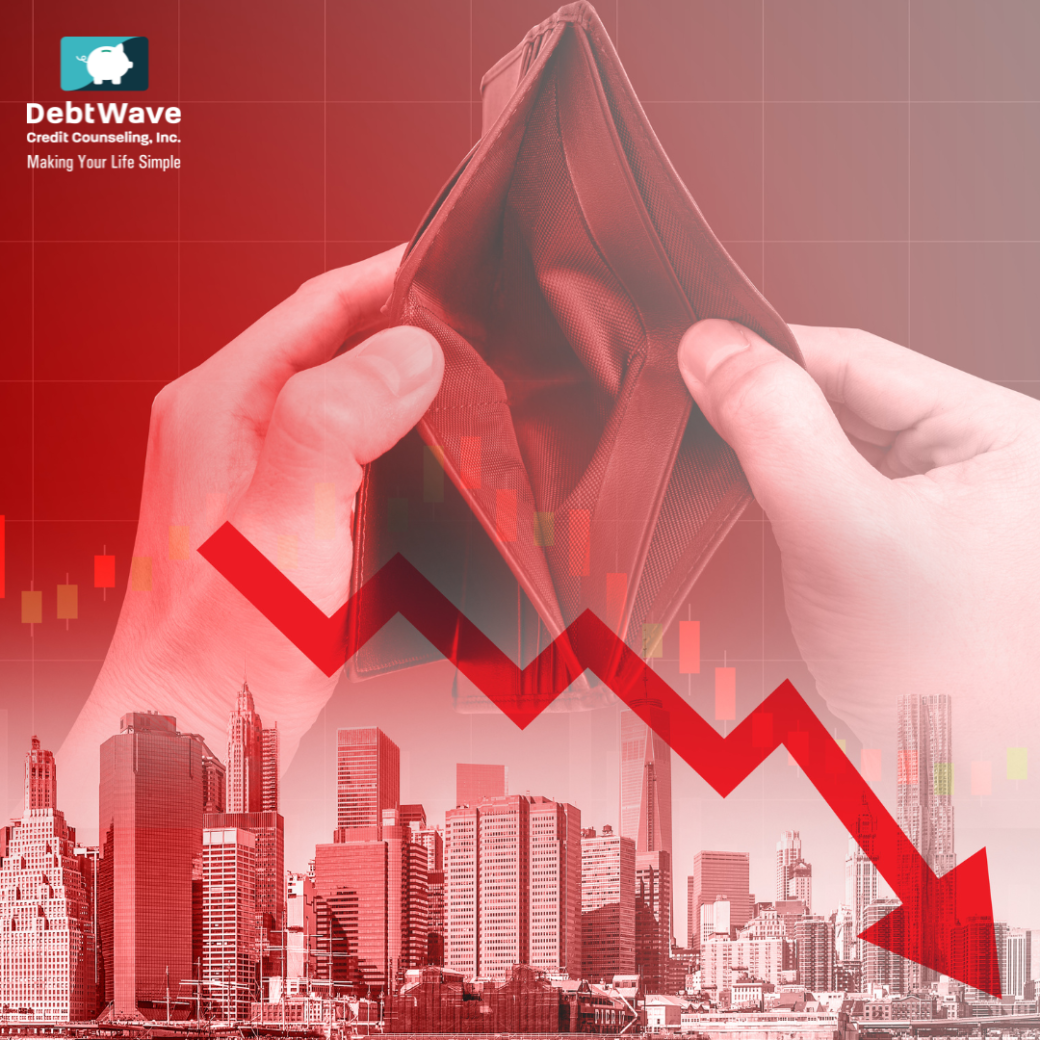 There’s a financial term being thrown around lately that may be causing you some stress, and no, it’s not inflation or high-interest debt; it’s the term recession.

What is a Recession?

A recession is an economic term used to describe when there has been a significant decline in general economic activity in a particular country or region within a certain period of time.

A recession essentially signals that businesses and households are struggling financially, which in turn causes consumer spending to decline. When consumer spending declines, there’s usually a slow-down in production, which can, in turn, lead to an increase in unemployment and layoffs.

Even if a household or business doesn’t experience an actual decline in earnings or income, household spending can still decline, along with large purchases or investments, as financial uncertainty rises for just about everyone.

Although businesses, investors, and government officials track various economic indicators that can help predict or confirm the onset of recessions, a recession can only be officially declared by the National Bureau of Economic Research (NBER).

Until recently, the NBER would declare a recession if the United States experienced two consecutive quarters of economic decline, along with other monthly indicators such as a rise in unemployment. However, the NBER recently changed the definition of a recession to be when there’s a significant decline in economic activity spread across the economy, lasting more than a few months, normally visible in real GDP, real income, employment, industrial production, and wholesale-retail sales.

In other words, two consecutive quarters of decline in real GDP are no longer enough for the NBER to officially declare a recession; additional factors are required, such as a rise in unemployment, decrease in income, decrease in retail sales, and a decrease in production.

Another thing to note is that a recession is only officially called after it’s already started. That’s because the economic downturn must be deep, pervasive, and lasting to qualify as a recession by NBER. These are retrospective judgment calls academics make, not a mathematical formula that flags a recession as soon as it begins.

While recessions can be uncomfortable, they are normal.

Throughout history, the United States has experienced 19 recessions, 14 of which have occurred in the last 100 years, including the Great Depression, the dot-com bubble burst in 2001, and the Great Recession in 2008.

It’s important to note that a recession can be caused by factors other than a stock market crash or high-interest rates. For example, in 2008, falling housing prices slowed the economy because so much home equity was lost that consumers were unable to take out a second mortgage or loan, which essentially forced many consumers to cut spending in other areas, which further slowed the economy and created financial panic.

As of July 27, the U.S. has not officially declared an economic recession, but many warn that a recession by the end of the year, or early 2023, is likely.

Although Americans paid off historic amounts of credit card debt in 2020, high inflation and the soaring costs for necessities like gasoline, groceries, and housing have forced many consumers to turn to credit cards to make ends meet.

As a result, credit card balances jumped $71 billion year over year, topping $841 billion during the first quarter of 2022, the Federal Reserve Bank of New York reported.

Although 40-year high record inflation has pushed the cost of necessities higher and higher, a report detailing what Americans are charging on plastic showed that many Americans are using credit cards to fund things they couldn’t do during the pandemic, namely vacations.

Vacations are the top credit card expense in 17 states, according to the Upgraded Points report.

Additionally, the report found that at least one-third of respondents have used credit to purchase something they couldn’t afford but didn’t want to wait for.

Consumers have more ways to finance purchases, but high-interest credit card debt can be one of the toughest to pay off, he added.

Credit cards are hard to pay off – especially when you’re charging expenses on high-interest credit cards. And interest rates are rising fast, so much so that a new report from April 2022 found nearly 1 in 5 Americans are afraid to check their credit card statements and see how much the owed balance figure has ballooned.

With many Americans struggling to pay off credit card debt, it’s easy to see why some may avoid credit card statements, said Matt Schulz, chief credit analyst at LendingTree. However, it’s a critical budgeting tool and a way to protect yourself from fraud, he said.

“With rampant inflation and rising interest rates, it is even more important to check your card statements regularly,” Schulz said.

How to Prepare Your Finances For a Recession

Although it’s hard to pinpoint exactly when or if a recession will occur, there are steps you can take now to prepare your finances should an economic slowdown occur.

This plan allows you to make an extra payment to your debt annually – without feeling the financial impact. One extra payment each year takes a big chunk out of the total amount of interest paid while also cutting down the repayment time.

It also lessens how much you pay in daily interest. How? The interest credit card companies charge is calculated daily and will be higher the less often you put money towards your balance.

2. Build Up Your Emergency Savings

It’s a good practice to fund an emergency savings account with at least six months worth of expenses in the case of unexpected job loss or illness. This may mean changing your budget and spending more on items you need – not necessarily what you want.

Other options like balance transfers or personal loans may make their way to your inbox. Still, a word of warning, if you continue to use your credit cards after transferring your debt to a balance card or a personal loan, you may find yourself drawing in even more debt than what you started with. Another thing to note is that personal loans, unlike credit cards, often require fixed monthly payments, which means you could be biting off more than you can financially chew.

4. Don’t Panic. Stick to your Budget

During challenging economic times, we may forget why we’re saving our money or working so hard to pay off debt. Instead of panicking, take time to check-in with your budget and see if you are still on track – even if you’re moving at a slower pace – to reach your long-term money goals and short-term money goals.

Tip: These FREE printable debt-free charts are a colorful reminder of why you’re working so hard on your financial health and may serve as inspiration to keep going on the more difficult days when all you want to do is online shop and order food delivery.

Trying to break the cycle of being financially dependent on credit cards can be a tough and lonely road.

If you’re looking for some life support, contact DebtWave Credit Counseling, Inc. for a free one-on-one session with a certified credit counselor. Even if our debt management program isn’t right for you, you’ll at least have a better idea of where your money is going and a better understanding of how you can better improve your financial situation in the future.