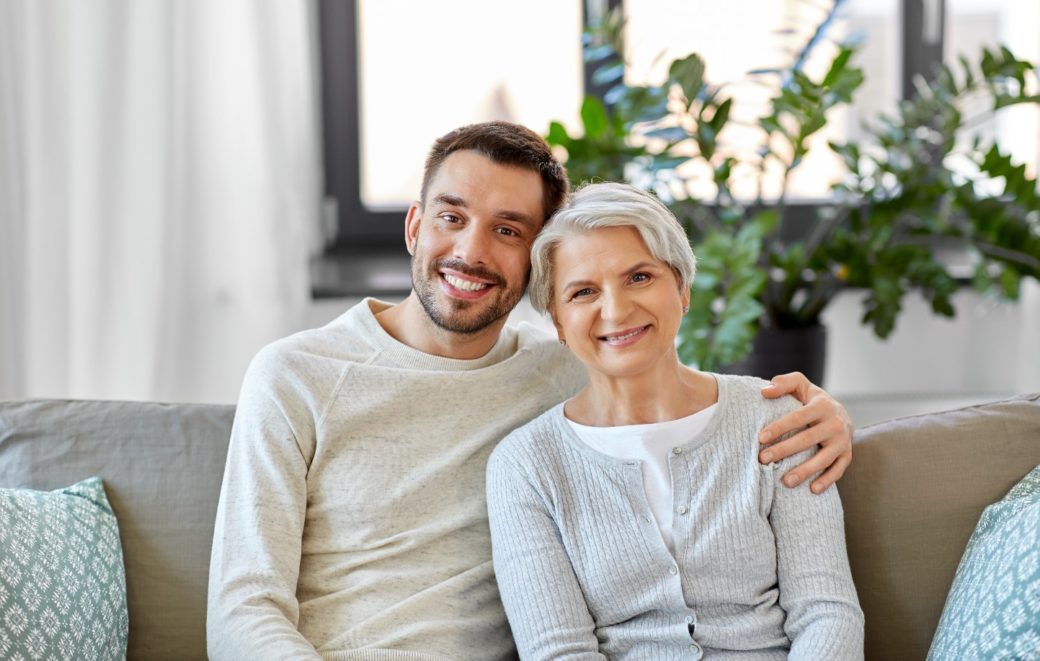 Have you had the “talk” with your parents?

No, we’re not talking about a reverse ‘birds and the bees’ conversation. We’re talking about finances! It turns out that for many older Americans, their children are their retirement plan.

According to a survey from Fidelity Investments:

Why are we bringing this up? Well, it turns out that adult children oftentimes have no idea they were their mom and dad’s retirement plan.

A 2019 survey from Go Banking Rates found that 73 percent of adults have not had detailed conversations with their aging parents about their parents’ finances.

The lack of conversation between aging Baby Boomers and their adult children regarding money, retirement, etc., was also evident in the Fidelity Investments survey, which found:

According to a report from the Aspen Institute, the proportion of adults providing personal care or financial assistance to a parent has more than tripled in the last 15 years to over 20 percent.

Adding to the financial chaos for this sandwich generation – sandwiched in-between the need of their aging parents and children – are several factors affecting household budgets including:

Women are disproportionately affected financially if they act as a caregiver, according to the Aspen Institute.

“It is estimated that 6 in 10 informal caregivers and 9 in 10 professional caregivers are women,” the report said. Additionally, a study from AARP found that women spend twice as much time providing care than men and are more likely to leave the labor force early due to caregiving responsibilities. “The total amount of lost wages for women who leave the workforce is 60% greater than that of men, with individual losses equaling $142,693 for women and $89,107 for men.”

Financial journalist Cameron Huddleston knows firsthand what it’s like to be financially sandwiched between your children and your aging parents, and even wrote a guidebook on the very topic: Mom and Dad, We Need to Talk: How to Have Essential Conversations with Your Parents About Their Finances.

During an interview on DebtWave’s personal finance podcast Talk Wealth To Me, Huddleston shared she was inspired to write this book based on her own experience dealing with her parents’ finances.

“With my mother, she was diagnosed with Alzheimer’s disease when she was 65. I was 35,” Huddleston shared. “And I had not had detailed conversations with her about her finances.”

Why We Avoid This Conversation

Part of the reason some of us avoid discussing finances with mom and dad is that it may feel weird and uncomfortable.

Huddleston recommended taking a closer look at why you’re afraid to have these conversations and to remind yourself you’re an adult now, not a kid anymore. “My parents aren’t going to, you know, ground me, send me off to my room just for just for asking, you know, ‘hey mom and dad can we have a conversation?” Huddleston said.

This is not a conversation to learn how much money will be left to you.

“Assume you’re getting nothing – even if your parents are wealthy,” Huddleston said. “This conversation is about getting some basic information about your parents’ finances, finding out whether they have essential legal documents such as the will, power of attorney, the living will so that if they ever need your help you can step in and help them and you know what their wishes are. So when they do die, there is a plan in place to make things easier for you and your siblings to deal with what’s left behind.”

Having a conversation with your aging parents while they are still relatively healthy is key, says Huddleston, as it allows you and your parents to have peace of mind and ensures you are legally able to step in should you need to.

In Huddleston’s case, she and her mother met with an attorney early enough in her diagnosis that Huddleston was able to update all the proper legal documents to become her mother’s conservator. But not everyone is so lucky.

In her book, Huddleston interviews “Doug” who spent $10,000 and nine months becoming a conservator for his dad because his dad had not named Doug as his power of attorney before his Alzheimer’s had become so bad that he ended up in the hospital emergency room.

“If their health declines and they’re no longer able to make financial decisions on their own, like my mother that might fall to you to make financial decisions for them, you might have to figure out, you know, do they need to be in assisted living? Do we hire someone? And knowing what your parents want is so important because if you wait until they’re already having those issues, it’s just so much harder to have the conversation,” Huddleston said.

“Or maybe they’re not doing well financially. That can impact you. I mean, if your parents have retired already and they’re finding that they don’t have enough to support themselves and now they’re, you know, calling you and asking you for help paying their medical bills or they’re talking about moving in with you, which will affect your finances. If they have to rely on you to be a caregiver, you might have to quit your job.”

Writing a will does not mean you are near death or will die soon.

“I am living proof that writing a will, will not kill you off the next day,” Huddleston said. “I’ve gone through the process twice, I am still here. What it means is that you are making things easier for the people you leave behind,” Huddleston said.

“We probably won’t fight about it, mom and dad. But maybe there’s some cousins, some aunts, and uncles who want to get a little piece of the pie and they’re going to show up during the probate process and you know, try to get what they think they deserve. And you might not want those people to have anything. And you know, if you die without a will, a judge is going to decide who gets what and that judge doesn’t know you. Wouldn’t you rather spell out who gets what and ensure that it goes to those people rather than just leaving it up to a judge and you know, hoping that your family doesn’t fight it out in court?”

Knowledge is power. No two families are alike and money is still a difficult subject for many people to discuss, particularly older generations. This conversation may not be a one-and-done situation. Be patient if your parents shoot down your attempts to start this conversation.

Before you begin a discussion with your parents – practice! Get your siblings involved and talking and make sure all of you are on the same page before you talk to your parents. Know what you are willing and able to do and what you are financially unable to provide. This is not the time to sacrifice your own financial well-being or future for the sake of your parents.

If you are in a marriage or committed partnership, you’ll also want to make sure you talk to your significant other if you plan to let mom and/or dad move in with you, if you’ll be managing their finances, or if you are your parents’ retirement plan. While your spouse may not be able to have this conversation for you make sure your partner knows what’s going on. You don’t want to end up putting a strain on your marriage because you’ve agreed to let your parents move in with you without first talking to your partner.

Have you had the money talk with your aging parents? Share tips in our comment section below!