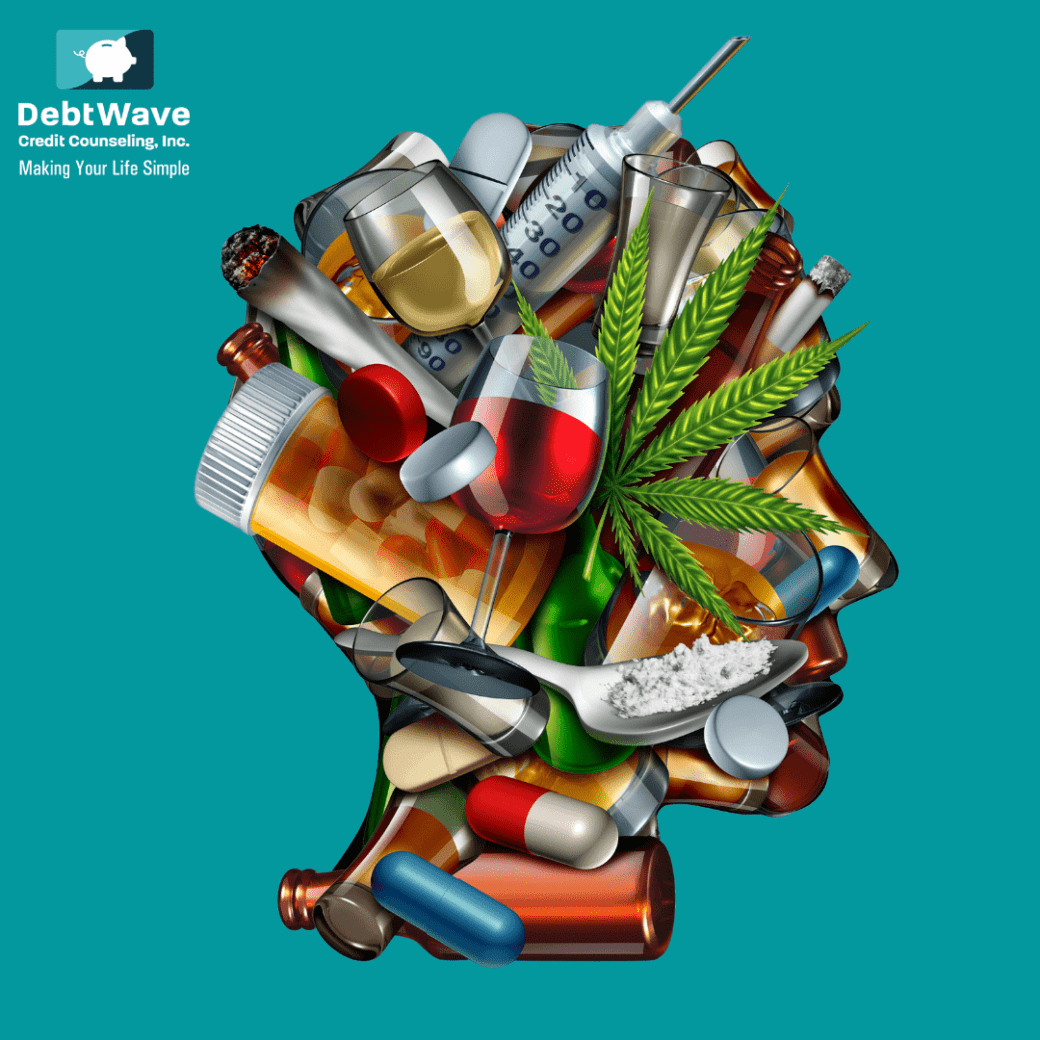 While 20.1 million Americans aged 12 or older meet diagnostic criteria for a substance use disorder, only 3.8 million received treatment for one in the last year, according to a 2019 whitepaper from True Link, a financial services firm best known for helping families manage the finances of persons with cognitive problems.

When it comes to addiction, we often think of illegal drugs and other substances like opioid prescription drugs, but we can also become addicted to more socially acceptable items like tobacco, caffeine, and food, as well as activities such as gambling, shopping, sex, exercise, and spending time on the internet.

Financial disaster is also common to all forms of addiction because it requires more and more money to fund the habit, leaving bills, rent, and mortgages unpaid. Money may be “borrowed” or outright stolen. Credit cards are maxed out, savings accounts are depleted, and getting more of our vice becomes the primary role of our next paycheck.

In other words, financially funding an addiction is not sustainable for anyone.

For many addicts, their “rock bottom” comes when they’re evicted, unable to pay rent, or are fired from their job for stealing money or office supplies from work. Some lose their vehicles, while others resort to committing crimes or even becoming sex workers just to make ends meet.

They may even steal money from family or friends – sometimes under the guise that they’ll pay you back, other times they will just downright steal. And if you go to rehab – most rehabilitation programs are not covered by insurance and if it doesn’t work? There are no refunds.

When it comes to the financial cost of addiction, many of us consider what an addict and/or their families pay on the substance or activity in question, but there are indirect financial costs including:

People addicted to drugs or alcohol frequently experience problems at work that endanger their jobs or simply reduce their ability to act as valuable employees. Substance addicts and abusers also miss work relatively frequently and miss out on promotions that could improve their financial status.

In addition, addicts and abusers typically have a lower educational standing than other members of the workforce from similar social backgrounds. Over a lifetime, the income lost from dropping out of school or failing to gain an advanced education can add up to literally tens or hundreds of thousands of dollars- sometimes even more in extreme cases.

Over time, long-term addicts inevitably develop health problems that can cost them significant amounts of money in the form of either direct expenditures or increased health insurance premiums. These same health problems also typically cause a significant loss of work-related income.

On average, addicts and alcoholics are subject to more DUI stops over the course of their lifetimes and often see increases in their car insurance premiums as high as 300 percent. Some people learn that their insurance companies ultimately decided to cancel their policies.

There’s also a relationship between addiction and poverty. At the poverty level, even a one-pack-a-day cigarette habit can consume upwards of 10 percent of a family’s entire monthly budget, according to American Addiction Centers. Users of hardcore drugs can easily spend more than half of their available income supporting their habits, which is just one way that addiction can trap future generations of a family in a cycle of poverty.

For instance, many children of substance abusers or addicts either develop addictive relationships to the same substances or develop similar relationships to a different substance. In poor families, this adoption of parents’ behavior can also include emulation of inadequate money management skills, lack of adequate education, and lack of access to the opportunities that typically come with higher income and a higher educational status.

So just how common is financial ruin following a battle with an addiction?

“Addiction is not only the most daunting health crisis facing Americans today, it’s a financial nightmare,” according to a December 2019 whitepaper from True Link.

The researchers explored the issue further and learned from friends and family members surveyed that:

People in recovery face numerous financial challenges: depleted savings, outstanding debts to family, friends, or businesses, difficulty accessing credit, and more. In other words, the “addiction epidemic not only affects people’s health, but it also leaves a lasting impact on their finances.”

“Treatment is extraordinarily expensive, and it often takes a couple of tries,” said Kai Stinchcombe, True Link’s founder. Stinchcombe has a family member who has dealt with substance abuse issues. “It was emotionally fraught for us,” he said.

Many people struggling with substance abuse issues have concerns about whether or not they can afford treatment, as treatment expenses can vary depending on the type of treatment being sought, the location, among other considerations. Depending on the substance and severity of someone’s addiction, it’s not uncommon to spend hundreds or even thousands of dollars in a short time to maintain drug or drinking habits.

For example, detox services range from $250 to $800 per day out-of-pocket, while residential rehab programs range in cost between $2,000 to $25,000 depending on the length of stay and kinds of amenities offered.

“They don’t care how much it costs,” Catherine Seeber, a Certified Financial Planner at CAPTRUST in Wilmington, Del., told us on the Talk Wealth To Me podcast. “And the unfortunate thing is that it repeats itself and it’s not just a one and done,” Seeber added. “Any addict will tell you seven, eight, 10, 12 treatments before it actually sticks or not.”

And you don’t get a refund if rehab doesn’t work, so those bills add up.

Money is the biggest source of relapse. – Catherine Seeber

As it turns out, money is the biggest source of relapse, Seeber says. It’s not that money is inherently bad, but if someone in recovery from a substance abuse disorder is walking down the street to get a haircut with $10 cash, “if somebody approaches them on a street corner, that $10 is gone. They’ve, they just relapsed,” Seeber says.

This is why many parents of children who are addicts or in recovery struggle to figure out where to draw the line in terms of providing financial assistance. They often worry that the cash they provide to help their son or daughter pay for groceries or rent might wind up paying for drugs or alcohol.

David Sheff, the father of the real-life-inspired movie “Beautiful Boy,” Nic Sheff, once said he stopped giving his addicted son money after “someone told me that sending money to a drug addict is like giving a loaded gun to someone who is suicidal.”

Seeber notes there are companies like True Link financial that have debit cards that are designed to allow former addicts to get a taste of living a normal life and regaining control over their finances, while still allowing someone to oversee how that money is being used.

Dr. Daniel Bober, Medical Director of Lifeskills South Florida, agrees with Seeber that “being in control over money is an essential part of recovery.”

Being able to make typical day-to-day purchases, like buying a transit pass or gas for a car, is necessary for people recovering from a substance use disorder in order to re-enter the workforce and rebuild many other aspects of their life, he said.

In fact, 8 in 10 survey respondents agree that their loved one successfully managing money is one of the biggest obstacles for those recovering from a substance use disorder, but also the most important. And that’s because there is a concern that when their loved one resumes managing their finances, they could fall off the wagon.

How do you know if a loved one is in danger of financial ruin due to an addiction?

Seeber says erratic and unusual withdrawals from portfolio accounts can be a warning sign of addiction.

Seeber recommends anyone with addicted love ones review inheritances such as Individual Retirement Account designations and set up wills that spring into what are called “special needs trusts.” She notes that with this in place, a trustee is appointed to distribute trust assets until the beneficiary is free from a substance abuse problem.