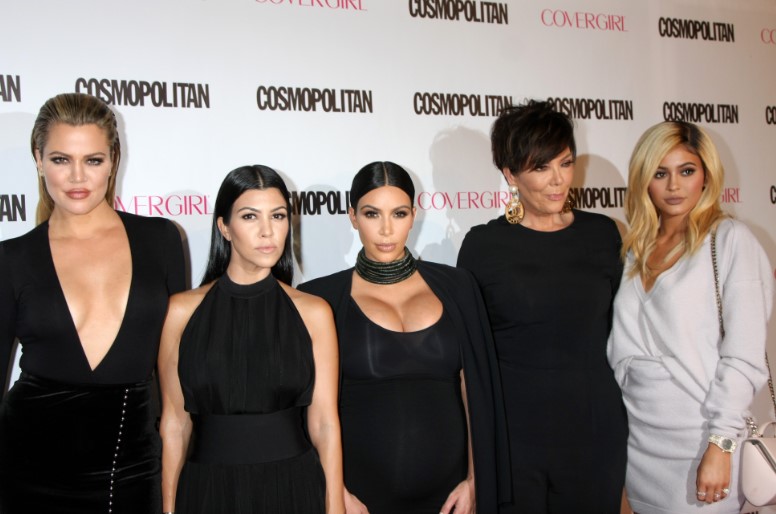 After 20 seasons on the E! Network, “Keeping Up With the Kardashians” is coming to an end. The family announced the news on social media in September 2020. While news of the reality show coming to an end was met with mixed reaction, it’s hard to ignore the cultural impact of the “Kardashians,” especially since that influence extends to the pocketbooks of millions of Americans.

While the most well-known Kardashian prior to the reality show’s inception was Robert Kardashian, who helped defend O.J. Simpson in his notorious murder trial; as the show leaves the air, the youngest member of the Kardashian-Jenner clan, Kylie Jenner, is celebrated as the youngest self-made billionaire in history, according to Forbes.

Though the validity of Kylie’s status as a self-made billionaire is debated by some, including even Forbes now, the beauty mogul does not seem to let her critics affect her view of herself as a businesswoman.

“I did not get money from my parents past the age of 15,” Kylie Jenner told Harper’s Bazaar. “I used 100 percent of my own money to start the company, not a dime in my bank account is inherited … and I am very proud of that.”

So, what can this famous family teach us about money? Turns out, quite a bit.

7 Money Lessons from The Kardashians

“I was fortunate for my parents to teach me about credit and saving and things like that,” Kim Kardashian told Business Insider. “It’s nothing they teach you in school, and I really think that is unfortunate. I think classes on credit, and saving, and balancing a checkbook, which is so simple, should be taught in school because a lot of people don’t know much about it.”

“From an early age I was well-educated and just learned a lot about the simple things and never got into too much trouble,” Kim Kardashian explained. “And you know, it’s just saving. I love to spend but I also love to work hard and save. I think it’s really important to build a future and just make sure that you don’t overindulge all the time.”

When Kim Kardashian was 16, her father Robert Kardashian, advised her to be financially savvy by having her “sign contracts for everything.”

“I worked at a clothing store for four years. I loved it. When I turned 16, my dad made me sign a contract — he made us sign contracts for everything — that if I hit my car, I would be responsible for paying for it,” Kim Kardashian told Business Insider.

“I was in bumper-to-bumper traffic, and I tapped someone. It was so not a big deal, but I had to pay for it. It was during the O.J. trial. They saw my last name and said, ‘Kardashian, your dad’s that lawyer?!’ They sued me for a lot of money. After I paid them back, I kept on working to buy myself some clothes.”

Fans of “Keeping Up with the Kardashians” may remember the series began by following Kourtney, Kim, and Khloe Kardashian, and their mother, Kris Jenner, as these women worked in their fashion boutiques based out of Calabasas, Calif. As it turns out, the Kardashians were not expecting the reality series to become a cultural icon; they were just grateful they may receive some free press for their clothing stores.

“When the opportunity for our TV show came about, I wanted to do it to bring attention to our stores [DASH, which she’d opened with her sisters],” Kardashian told Variety. “I was thinking this might not last very long, but we’ll grow a great business and expand online. I thought it would be great press. I didn’t think it would turn into what it turned into.”

Kim said when she was 16 she discovered how her keen eye for fashion trends could become a profitable business. “I was on a strict budget, so if I wanted to buy something, I had to sell something,” Kim Kardashian recalled.

“When I was younger, I worked in my dad’s office. When I was there, I discovered eBay and I loved shopping. I had to be on a budget. I didn’t have credit cards. How do I figure out how to make this a business?” she said. “I remember I bought these Manolo Blahnik shoes that were $700. [My dad] let me buy five pairs. I had to pay him back plus interest. I sold every pair on eBay for $2,500. I became so obsessed with seeing that return, I would sell off the things I wouldn’t be wearing,” Kardashian said.

“They were these Manolo Blahniks that Jennifer Lopez had worn in her first or second video,” Kardashian explained. “Everyone had to have them. I called at the right time and the girl at the store had five pairs and I took them.”

Kim’s eBay success attracted the attention of some of her celebrity friends who let Kim organize their closets, share some outdated items, and even shared some of the profits with her too.

“Before long, Kim was organizing and cleaning out closets for everyone from Cindy Crawford to Serena Williams, as well as friends like Nicky Hilton and Nicole Richie,” Player Magazine said. “Her clients jokingly tagged her with the moniker, ‘Queen of the Closet Scene.'”

From her reality series to her makeup line to her own app, Kim Kardashian is involved in many different projects that attract various customers. It’s not that the influencer isn’t decisive when it comes to investments, she’s spreading out the financial risk.

“All those different business ventures not only pad her bank account, but they also limit her risk,” The Motley Fool notes. “If one project doesn’t pan out, she still has plenty of income from other sources.”

Diversifying is key in the investing world, too. If you throw all your money behind a single stock, you’ll be in deep trouble if that company struggles financially. By spreading your cash across many different stocks, you won’t be as affected if one or two of those companies don’t perform well.

As Kim told Bustle: “Is it cheesy to just say the best investment I’ve made is I’ve invested in myself and believed in myself?”

We all make mistakes in life, including money mistakes. The Kardashians are no exception.

“I definitely have made some [money mistakes],” Kim Kardashian shared. “I’ve bought really stupid things, like jewelry and stuff that I ended up never wearing. I think sometimes you get excited and people are really good at selling things and you can just get overwhelmed.”

“If you make a bad money decision, it also teaches you,” Kim noted. “I haven’t invested in something and lost a lot of money, but time is really valuable. So if you waste your money and time on something that could be just as valuable as losing money.”

“I would say I am pretty frugal. I think I do spend money on gifts for people close to me. It’s something that can make people feel really good, Kim Kardashian told MarketWatch. “What am I cheap about? I’m really conservative even though it seems like I buy a lot and I have a lot, I don’t go crazy like I used to.”

“You know, I thought the more money I made, that I would spend more. And that’s the opposite. The more money that I make, the more I want to save. I didn’t think it would be like that and I’ve actually surprised myself.”

What else can Kim Kardashian teach us about financial success?

“It might be really simple, but if you’re not fully organized, it becomes a huge problem.”

“The reality is people don’t want to get up and work. It sounds crazy, but I see it all the time.”

“If you find something you’re really passionate about, figure out a way to make that your job. Then you’ll be happy. If you aren’t doing what you want to do, you’ll be frustrated.”