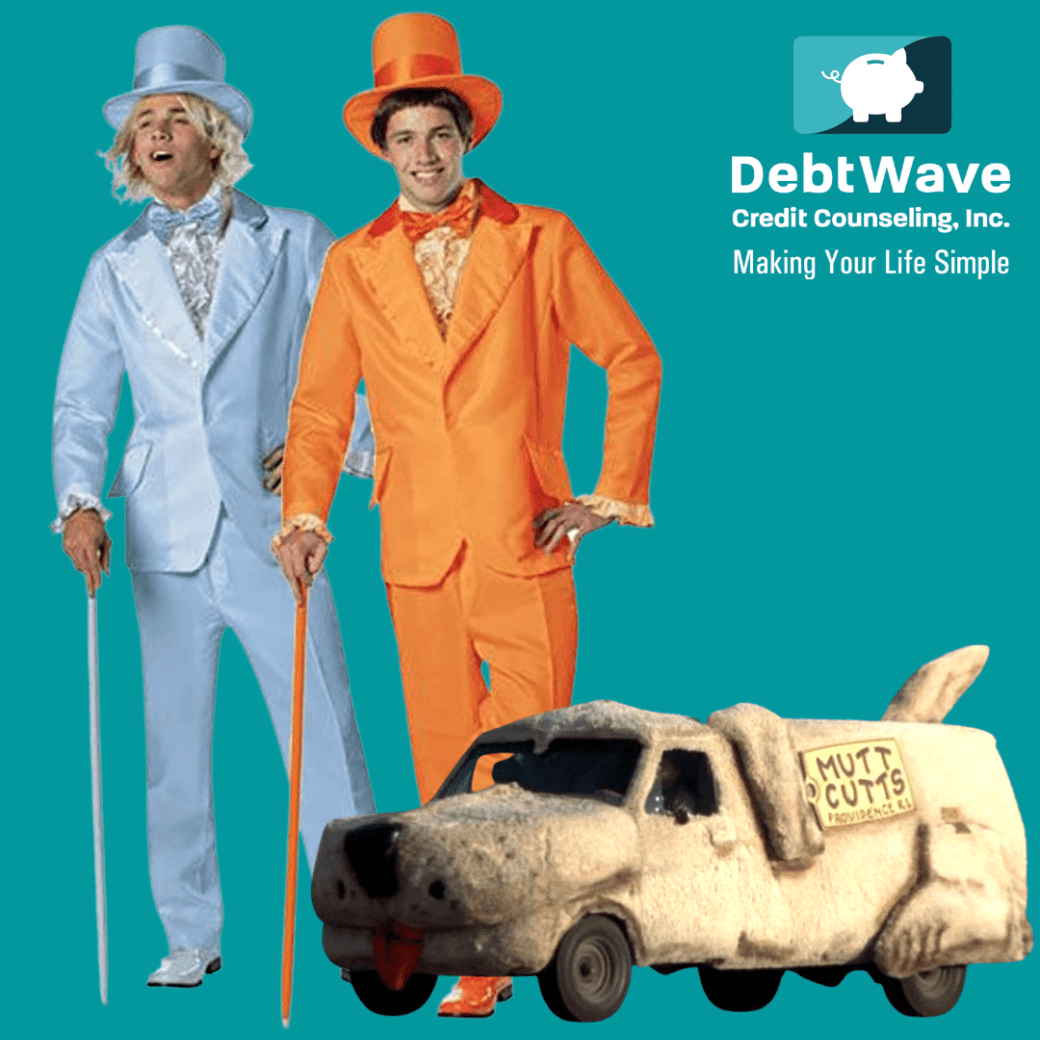 Do you have a number in your mind that you consider wealthy?

Is there a certain amount of money in your bank account that would make you stop worrying about your financial situation, the future, and how you’re going to pay for x, y, and z?

I often ask myself this question when I feel a little uncertain about my financial situation. I’ve also caught myself saying things like, “If I only had X, all of my problems would go away.”

But would they really go away?

As much as I would like to believe a certain numerical figure in my bank account would ensure financial freedom for the rest of my life, I’ve heard too many stories of someone striking it rich and then losing everything because they got caught up in this game of financially Keeping up with the Kardashians.

That’s why I admire the actor Jim Carrey for sharing how money is emotional and that he can share from experience that earning more is not going to cure you from feeling less than others.

“I think everybody should get rich and famous and do everything they ever dreamed of so they can see that it’s not the answer,” Carrey famously said.

“Once they attain it, the person sits there and thinks, ‘That’s it? That’s what all the hype was about? I don’t feel happy. I don’t feel fulfilled. I don’t feel anything.’ Then, most people start to enter a degressive stage, where they falter from the position they had once attained and start crumbling down,” Carrey explained.

“What we most commonly see is when celebrities turn to drugs and other paraphernalia,” Carrey said. “As far as proof goes, when I was earning six figures and was madly in love with the woman I was living with, I felt like I hit that same peak. From there, I started to do the exact same thing. I slowly crumbled apart and lost everything I had.”

As someone who has gone through my own debt payoff journey, I appreciated Carrey’s honesty that more money doesn’t necessarily solve the issues that may have led to you incurring debt in the first place.

It reminded me of what DebtWave Credit Counseling Inc.’s Counseling Director Carlos Perez said before about credit card usage and spending becoming compulsive and addictive in our culture. “People live their life like they’re not in debt,” Perez says. “We’re that proverbial cold bucket of water waking people up.”

What Perez is saying is true.

Many consumers often incur debt immediately following a debt payoff journey because the emotional issues that led to the debt in the first place, such as spending more than we’re earning, may not have been fully addressed.

I was curious if this was a newer issue affecting consumers or if this was an issue that had existed for quite some time.

As luck would have it, this past weekend, I watched a movie that made me realize our ideas that having more money would solve our problems are far from new: “Dumb and Dumber.”

As strange as this may sound, “Dumb and Dumber,” the 1994 slapstick comedy from the Farrelly Brothers starring Jim Carry and Jeff Daniels, is filled with money lessons that are still relevant almost 30 years later.

In the film, Carrey plays Lloyd, a chip-toothed limousine driver who immediately falls in love when he meets Mary Swanson, a woman he is driving to the airport.

At the airport, Lloyd watches Mary leave a briefcase in the terminal. Lloyd sees this and attempts to return the briefcase to her, unaware that it contains ransom money for her kidnapped husband, Bobby, and that she intentionally left it for her husband’s captors, Joe “Mental” Mentalino and J. P. Shay.

Money Lesson #1: Always be mindful of your belongings, especially when traveling. And if you leave a briefcase in a limousine or an Uber, contact your driver or the rideshare company as soon as you notice your item is missing. Your driver may hold on to your wallet until they hear from you.

Lloyd returns home from the airport, briefcase in hand, and finds his best friend, Harry Dunne (Daniels), at home. Harry has been fired from his dog-grooming job. Harry worked as a traveling dog groomer, but after delivering dogs late to a dog show, who were covered in food when they arrived, Harry was unsurprisingly let go. And for the audience, it doesn’t seem like Harry finds this to be too much of a loss, other than financially.

Money Lesson #2: Your 9-5 job may not necessarily be your dream job, but your 9-5 may be the reason you have a roof over your head and food over your stomach. This is another moment when gratitude can make a big difference on any financial journey, not just a debt payoff one. Instead of constantly comparing your pay or work performance to others, consider competing with yourself. If Harry had taken pride in his work, he would most likely not have fed the dogs ketchup and mustard-covered hot dogs while they rolled around, loose in the back of his shaggy dog-shaped grooming van, on their way to a dog show.

Money Lesson #3: It’s better to handle your debt before the debt collectors start calling everyone you know, telling them about your unpaid debts.

When your account ends up in collections, the odds are you were warned in the form of delinquent notices. Most creditors will give you 30 days from the due date to pay at least the minimum amount before they report your account as delinquent to the credit bureaus. This is to give the consumer a little breathing room to account for those times when life happens and a mistake, like a late payment, occurs.

After walking through their ransacked apartment, Lloyd suggests the two friends head to Aspen, Colorado, to find Mary and return the briefcase, hoping she can “plug them into the social pipeline” and set them up financially for life so that they are no longer running from debt collectors.

At first, Harry opposes the idea, but he eventually agrees, given he has no job and believes the debt collectors will be back. So the next day, the pair leaves from Providence, Rhode Island, for Aspen, Colorado.

After a slew of wrong turns and hilarious misadventures, Harry and Lloyd arrive in Aspen. While looking for Mary, the two end up getting into a scuffle that breaks the briefcase open. It’s at this moment that they discover the briefcase is loaded not with personal items, but rather it’s stuffed with cash. Although they are aware the money is not theirs, Lloyd and Harry spend it all on a hotel suite, clothes, and a car. They even tried to get tickets to a luxurious gala dinner that Mary and her family were hosting.

When Harry and Lloyd are told the gala attendance is $500-a-plate, they don’t seem to bat an eye at the price. Harry responds: “$500. Okay, no problem. Put us down for four,” which Lloyd explains the additional plates are for “In case we want seconds!”

Money Lesson #4: Your perspective of how expensive an item or a service is may largely depend on where you are in life and what is a priority for you in your budget. Harry and Lloyd felt so wealthy after finding the briefcase was filled with money that $500 felt like nothing to spend to them. And when it comes to food? Well, that was one of their top spending categories, most likely.

But don’t worry – Harry and Lloyd made sure to note every penny they spent in the form of I.O.U.s.

“That’s as good as money, sir,” Lloyd says to the mastermind behind Mary’s husband’s kidnapping. “Those are I.O.U.s. Go ahead and add it up; every cent’s accounted for. Look, see this? That’s a car. $275 thou. Might wanna hang onto that one.”

The thing is, Nicholas Andre, the mastermind behind the kidnapping and a family friend of Mary’s, disagrees with Lloyd’s assessment that an I.O.U. is the same as cash, so he takes Lloyd and Mary hostage, and demands he gets paid a certain amount of money.

Money Lesson #5: An I.O.U. is not the same as money. Can you imagine telling a credit card company that instead of your monthly payment, you were going to send them an I.O.U., but not just for the minimum, for the entire outstanding balance? Yeah, I don’t imagine it would go well. Think about yourself too in this scenario – if you lent money to a friend or family member and they kept giving you an I.O.U. instead of paying you back with cash, would you consider yourself paid back? Would you ever want to get involved in lending money to this person again?

Luckily for Lloyd and Mary, because there was so much money requested as ransom, the FBI had been involved and had followed Harry and Lloyd all the way to Aspen from Rhode Island. And before Harry enters the room, the FBI secretly fills Harry in on some details and asks him to put a bulletproof vest on underneath his clothes.

The thing is, the audience has no idea that the FBI is involved or that Harry is wearing a bulletproof vest. So when Harry is shot after entering the room, it’s a moment that really stuns the audience, given how many times Lloyd and Harry escaped death previously in the film.

Money Lesson #6: When Harry pops up and starts laughing about wearing a bulletproof vest, it reminds me of making a financial mistake but knowing you’re covered because you took the time to establish and regularly fund an emergency savings account. Harry had a backup emergency plan in the form of a bulletproof vest allowing him to feel confident in entering the room and standing up to the kidnappers. Which is incredible because the reason Harry didn’t have any money after he lost his job? He spent his entire life savings transforming his van into looking like a sheepdog.

In the end, Nicholas is arrested, Mary and Bobby are reunited, and Harry and Lloyd start walking back to Rhode Island on foot because all of their purchases were confiscated by the FBI. The two are offered an opportunity to work as “oil boys” for a group of pageant queens, but they decline, and right before the credits pop up, we hear Lloyd and Harry hope they get their “big break” one day.

Money Lesson #7: Always be aware of the opportunities around you. Harry and Lloyd are walking home to Rhode Island from Colorado, playing tag. They have no money, no car, nothing really. And when a tour bus stops by them on the side of the road and offers both of them jobs touring the country, something they could do because neither has a job, they decline.

Although “Dumb and Dumber” may not seem like it’s a cult comedy loaded with financial lessons, there’s a one-in-a-hundred chance you’ll walk away from watching this movie with a better understanding of managing, saving, and investing your money.

Or is it more like a one-in-a-million you’ll be better with money after watching this film? All we’re saying is there’s a chance!